Alice Delish is an America-based Tiktok star & social media personality. She got popular for her videos on the app Tiktok. So far, she has earned around one million followers on the application. The TikTok star was born in California, United States. Alice is quite public concerning her professional modelling and cosplayer roles.

Alice Delish normally shares her chic outfits and displaying photographs over her Instagram. She mainly loves acting, dancing, traveling, blogging, modeling, etc.  She is extremely passionate about Modeling. Alice Delish has collaborated with multiple reputed and renowned brands. She has bagged a massive fan following on her social media platforms. Most of the time, she thinks about how she can develop herself to become a better Social Media Influencer.

Her fans and followers love her for the creative and informative content she generates. Alice Delish has earned over 1M followers on Instagram and huge fan following on other social media platforms. Alice Delish is a famous celebrity who gained a lot of fame by posting photos with inspirational captions and Reels on her Instagram account.

Hardcore Cosplay will be featuring all the latest lewd and nude Alice Delish cosplays are they are released. 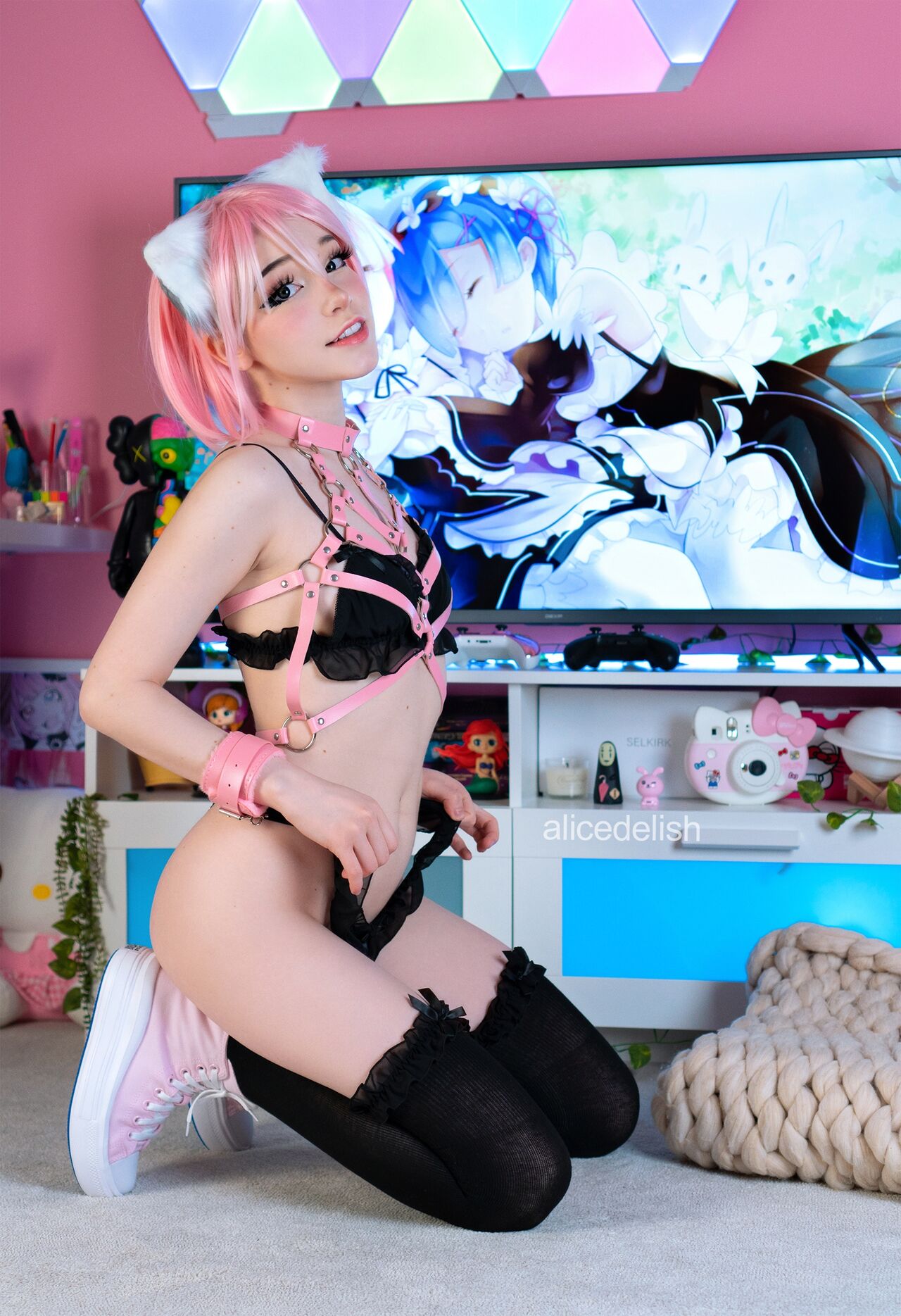 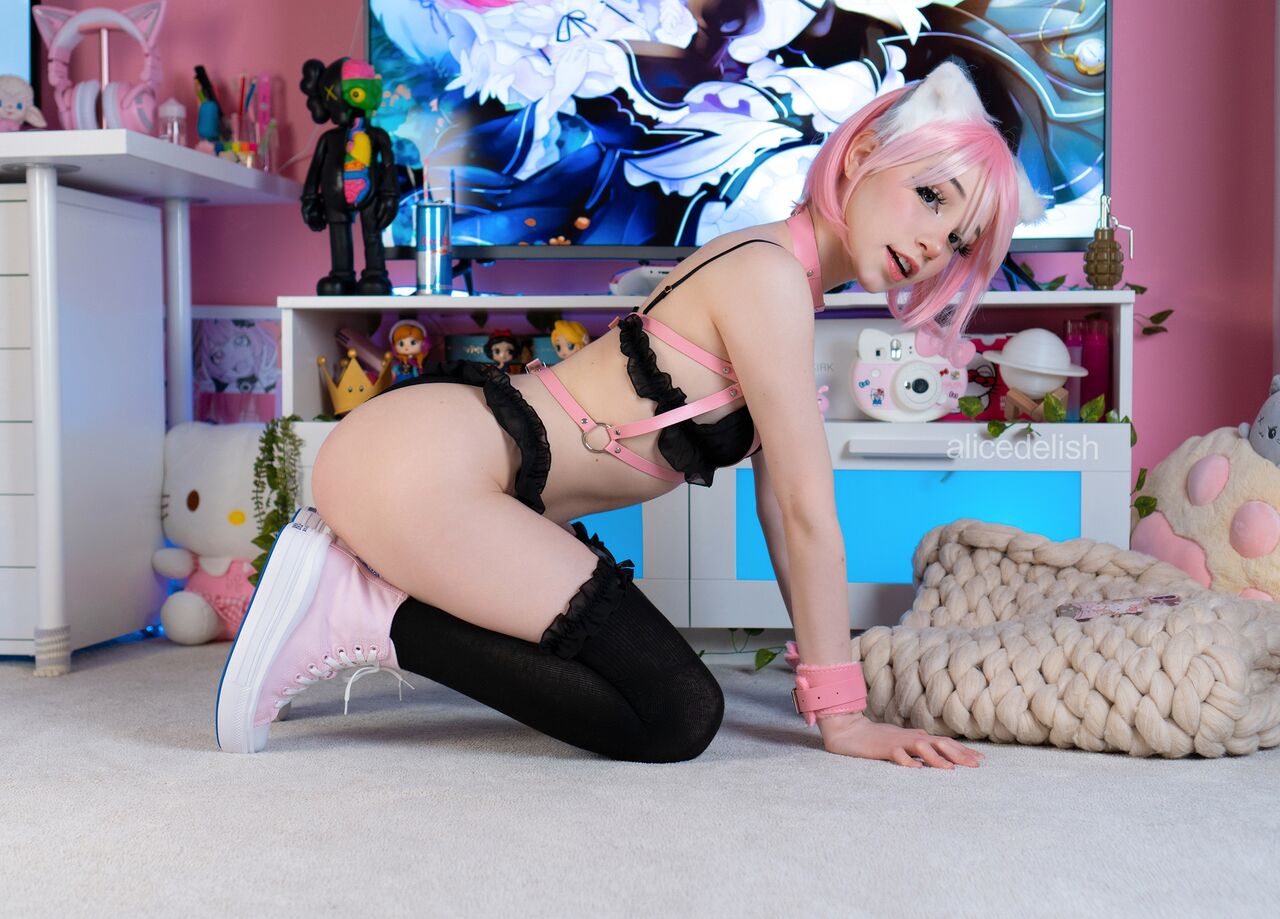 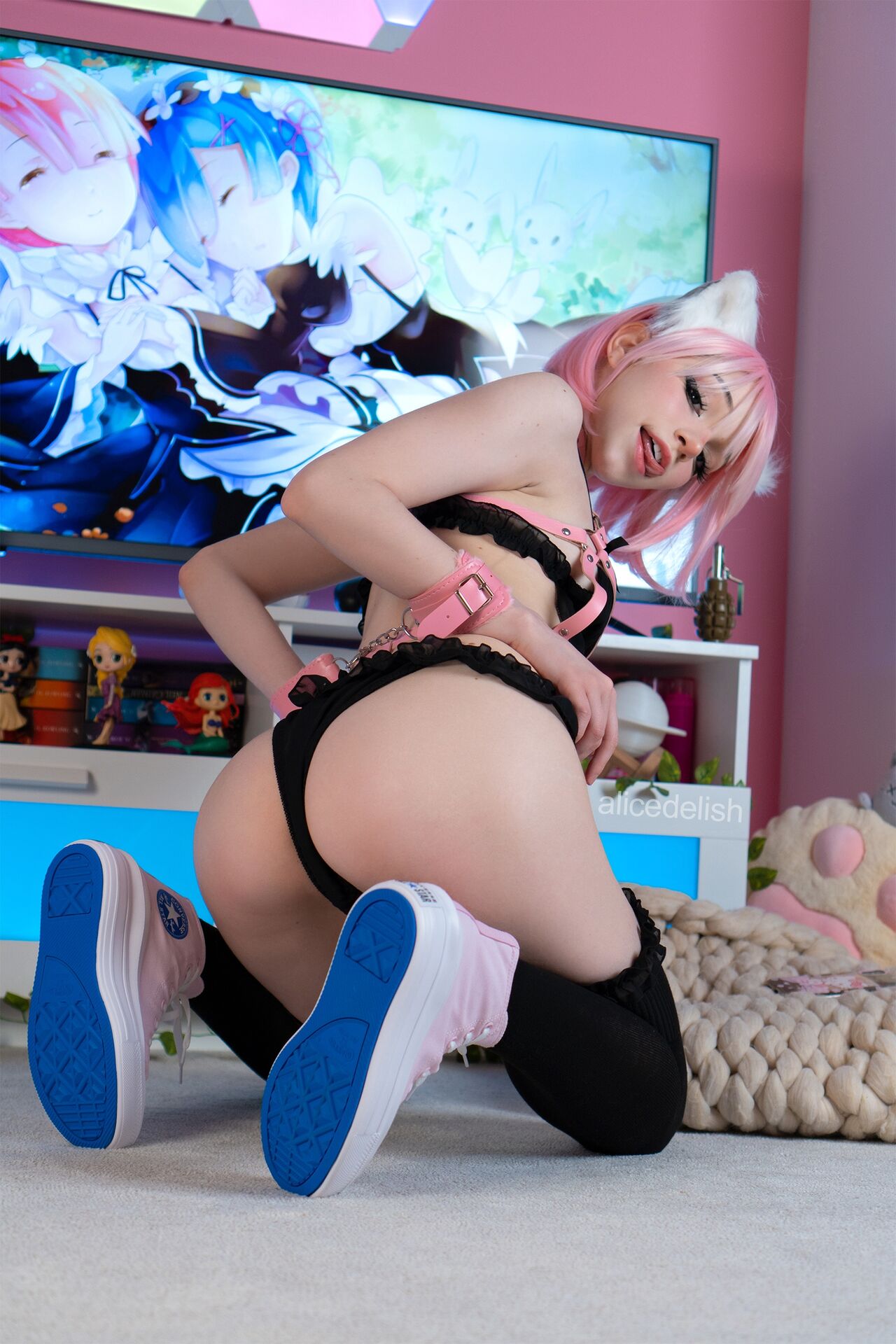 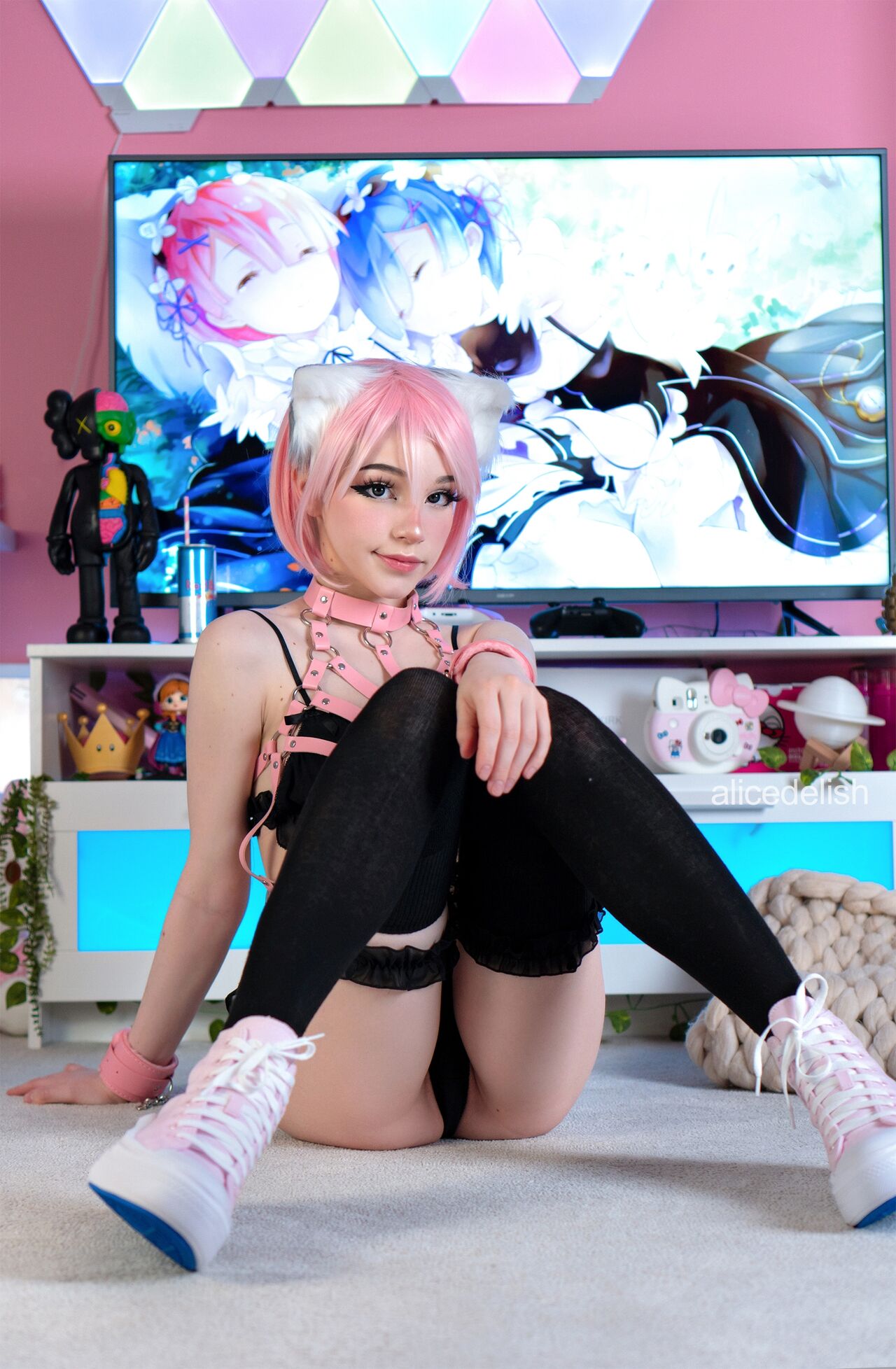 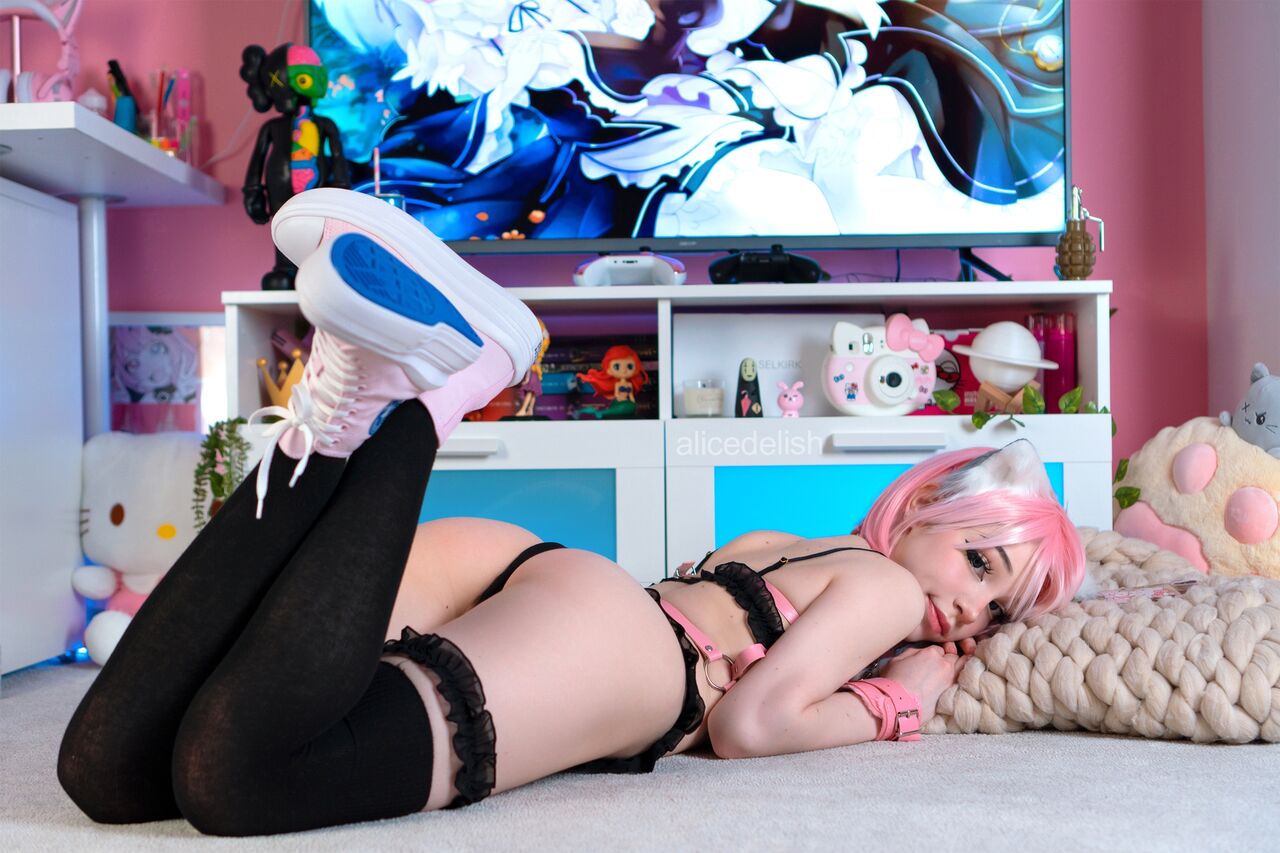 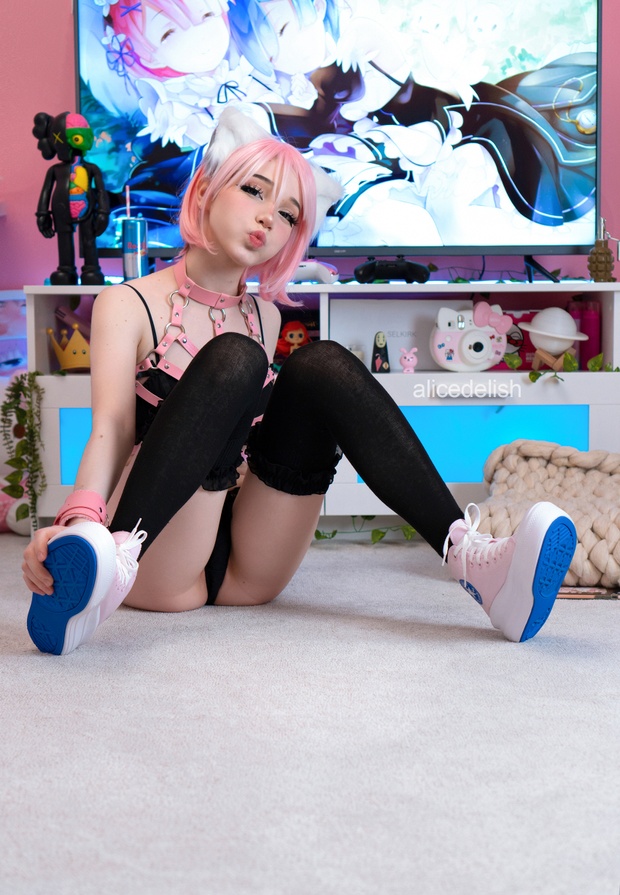 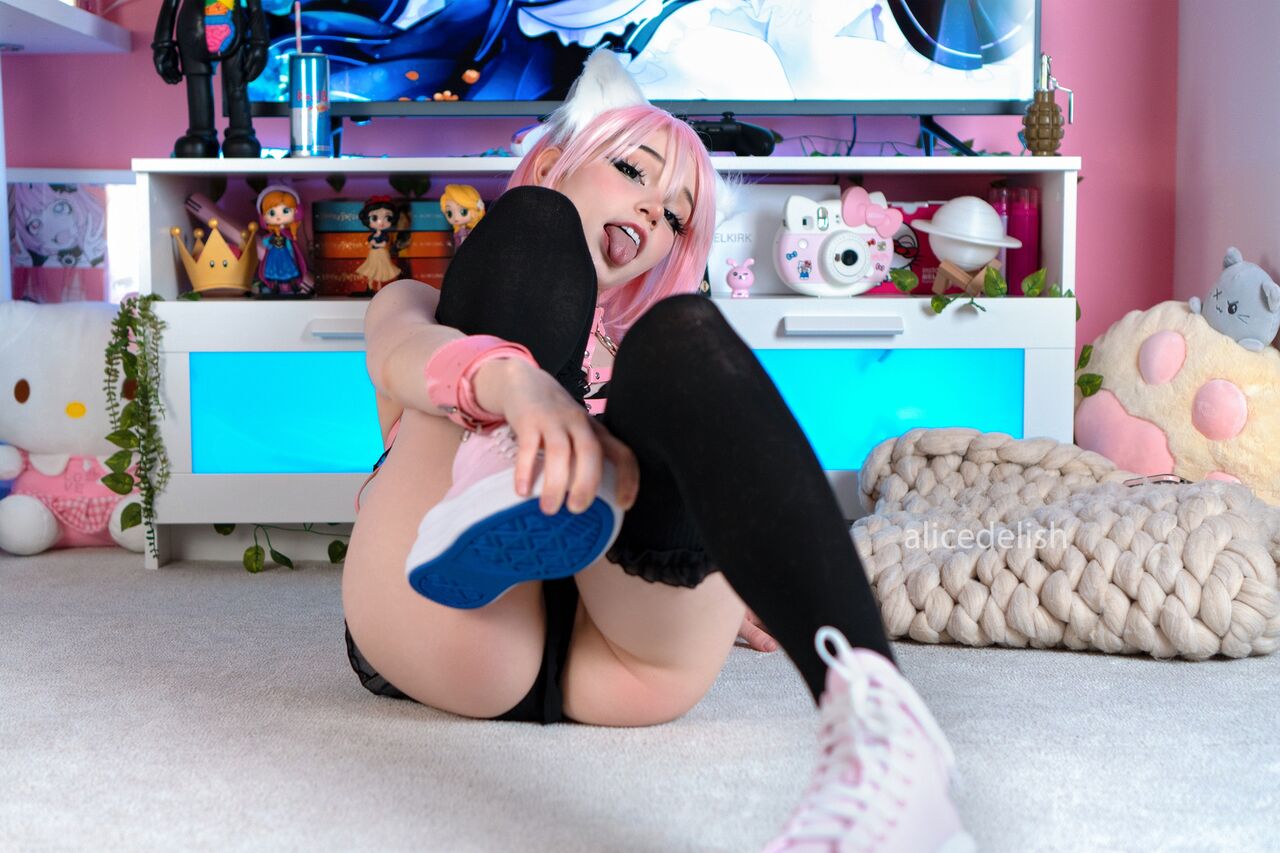 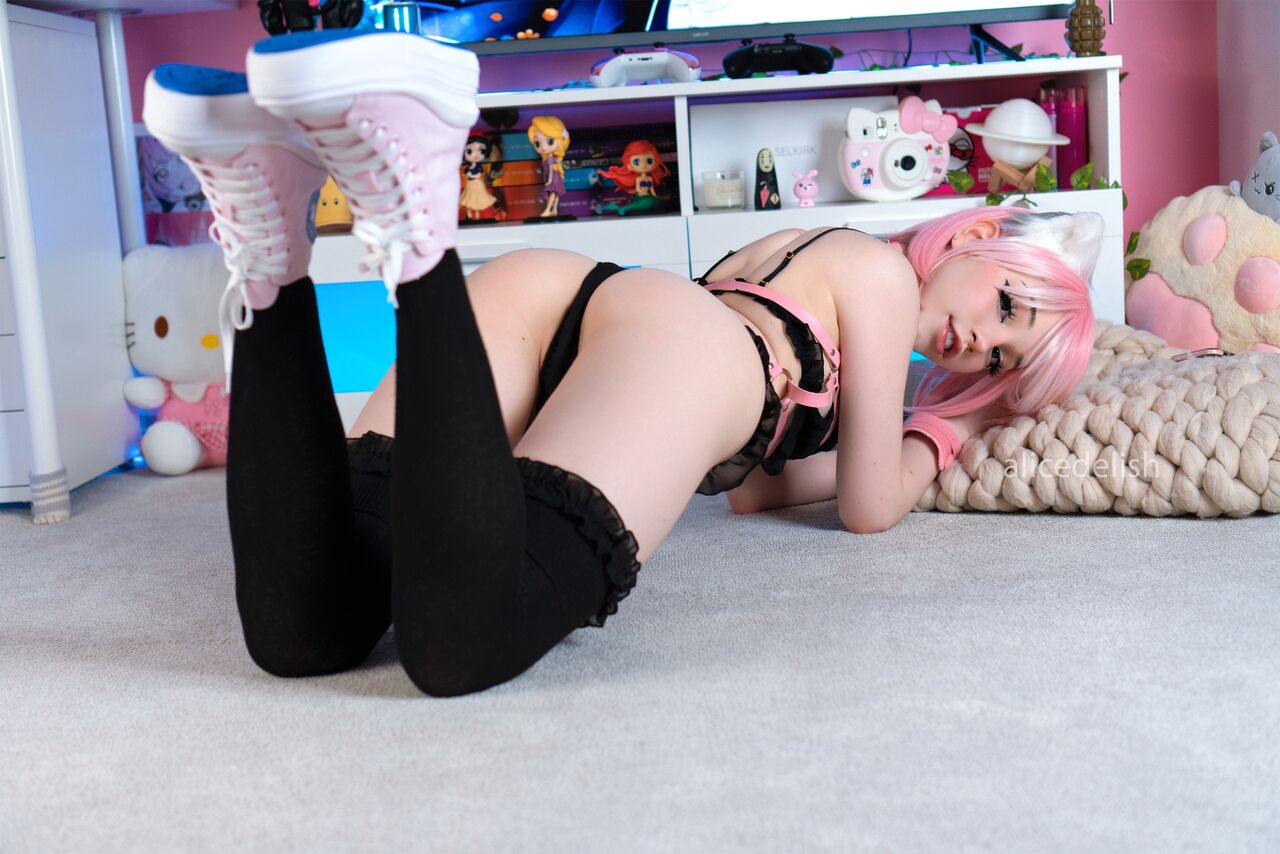 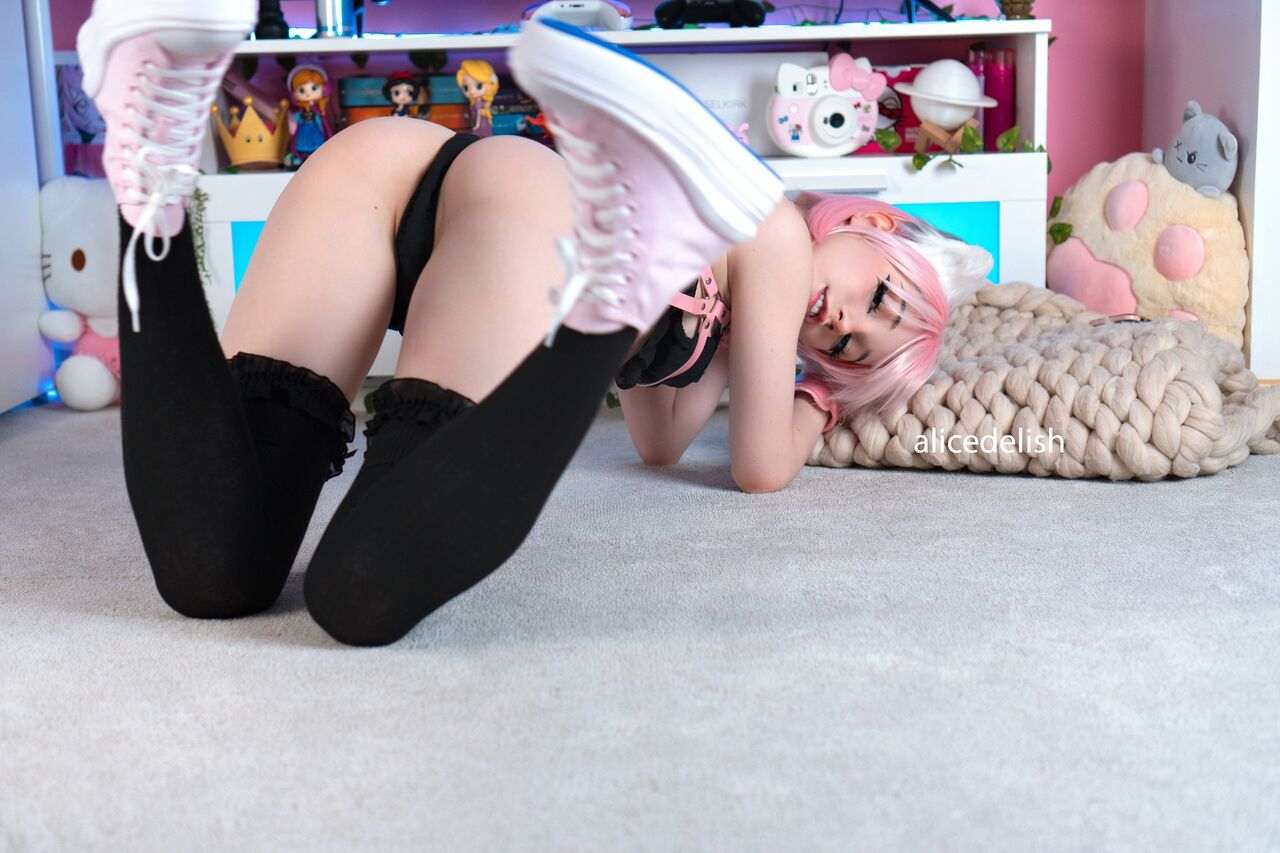 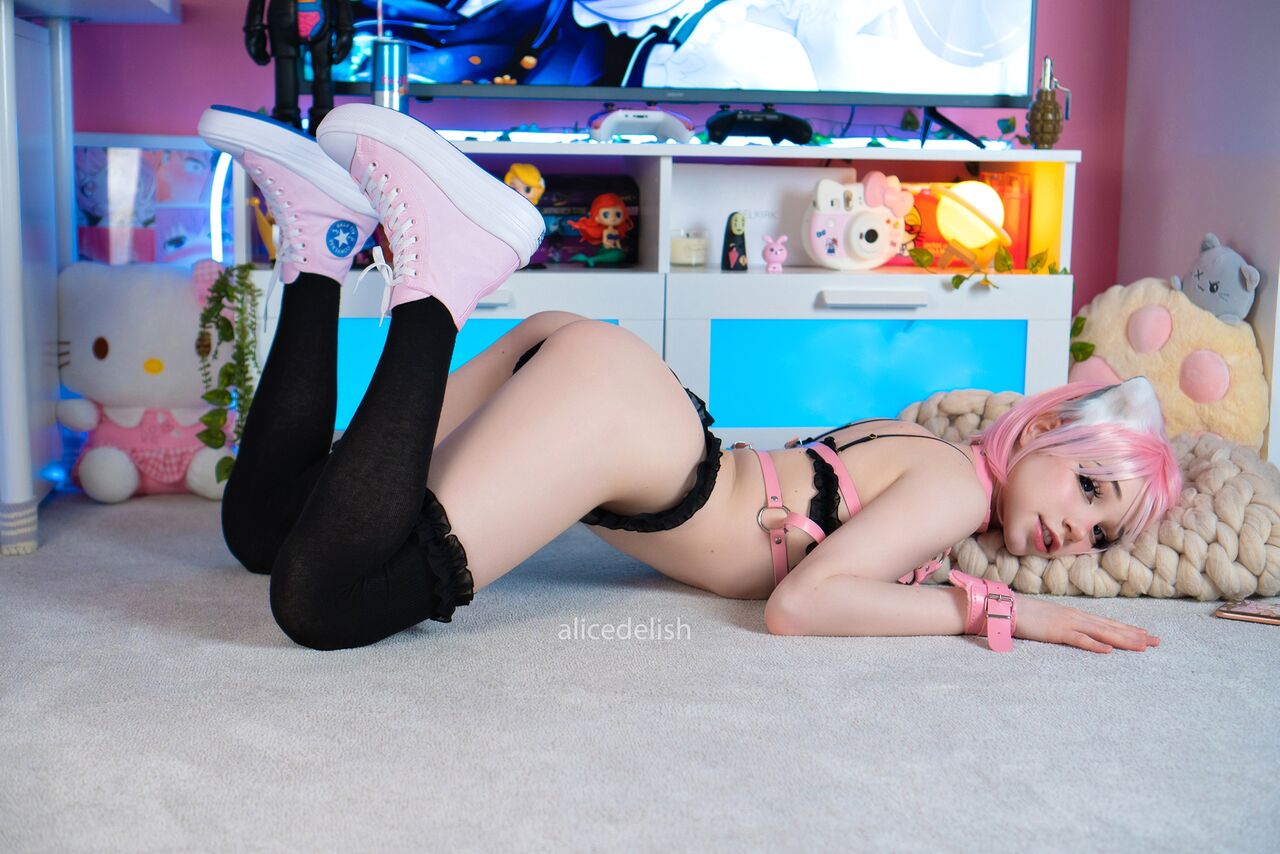 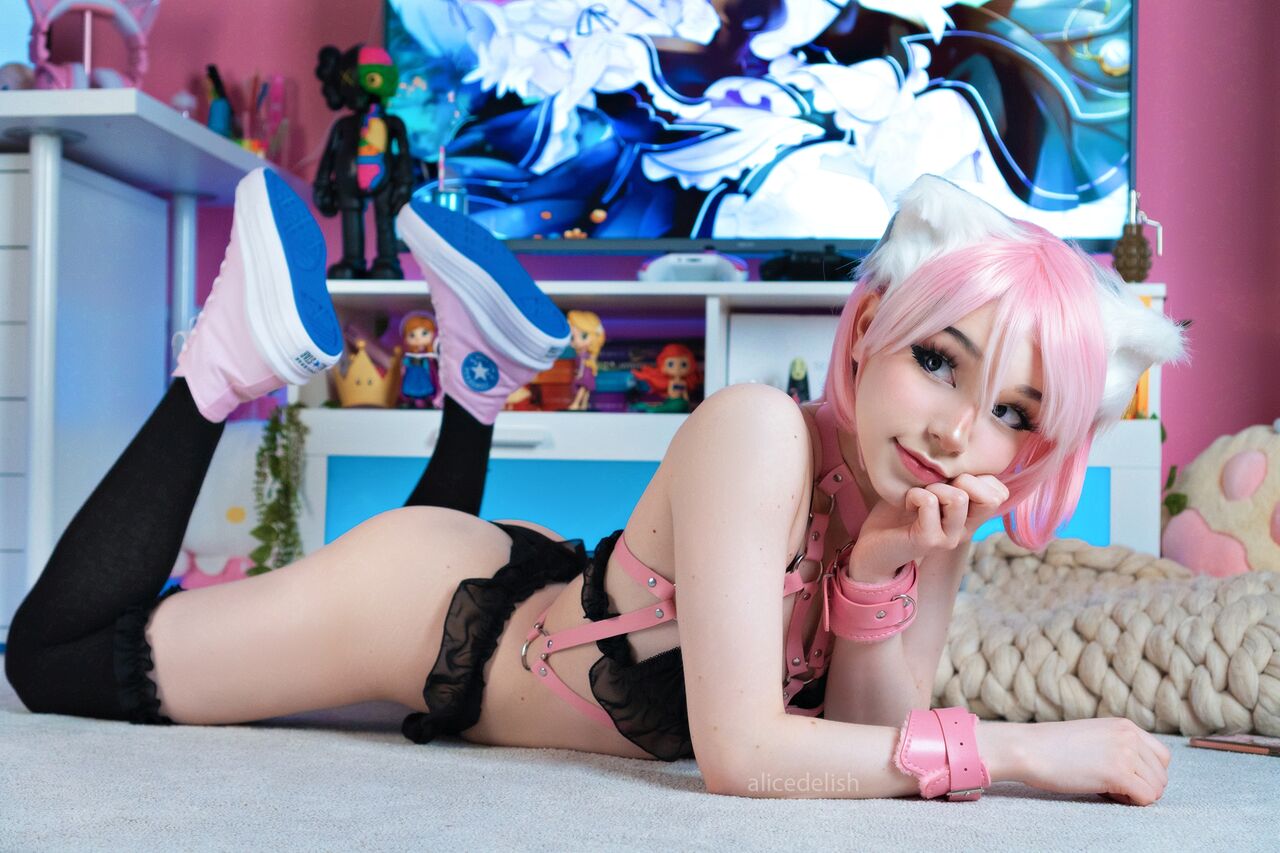 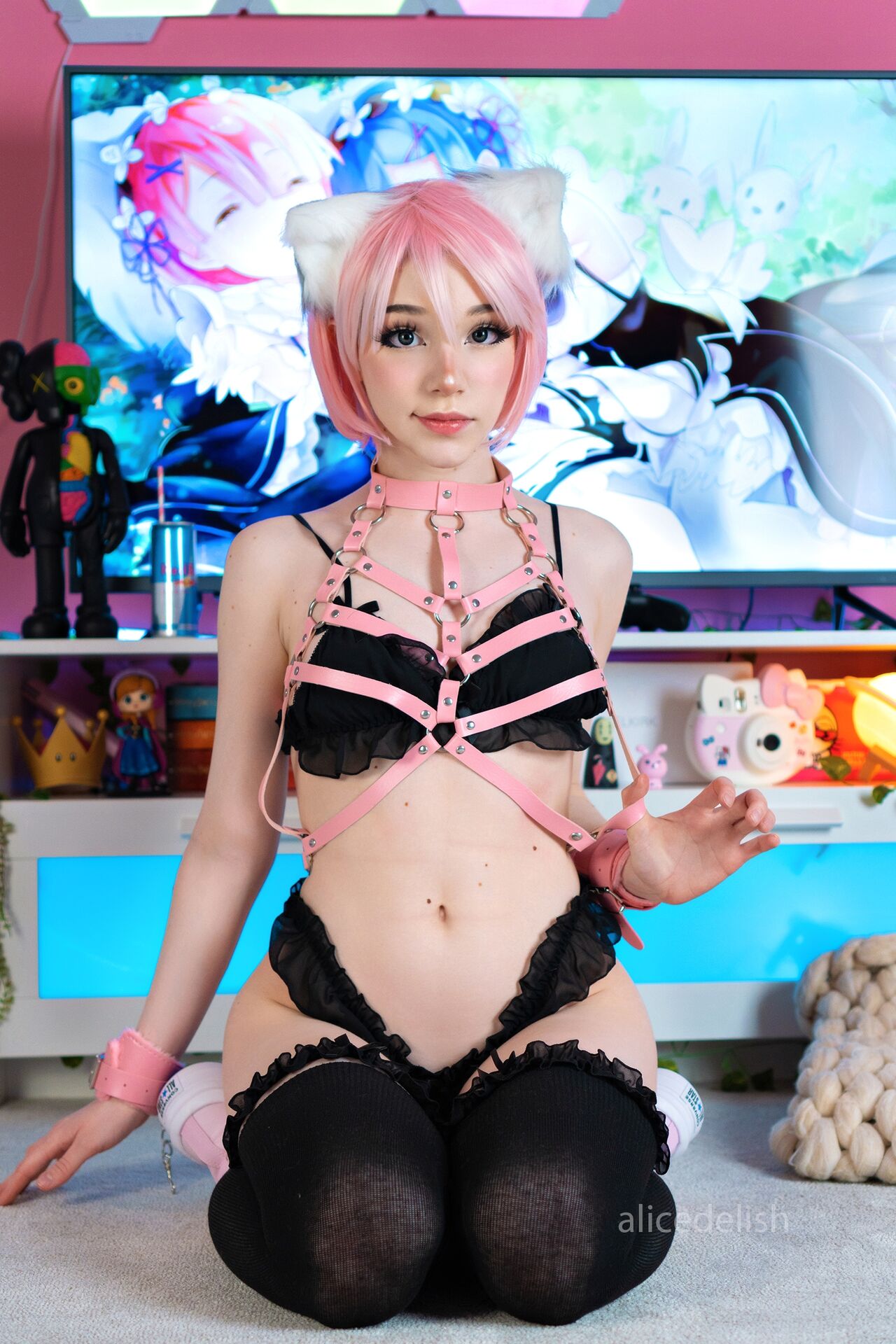 Ram is Rem’s sister and one of the twin maids working for margrave Roswaal L Mathers. Debuting in Arc 2, Ram originally played a rather neutral role, neither assisting in Subaru’s endeavours or directly going against him, like her sister–save for one of the failed loops where Rem succumbed to the curse. In the arc’s final loop, however, she played a vital role, allowing Subaru to prevail and stop the Demon Beast rampage in the forest. Ram has also played a vital supporting role in Arc 4 and Arc 6, dueling Roswaal in the former Arc and the Sin Archbishop of Gluttony in the latter Arc.

Ram has medium length light pink hair that covers her left eye, large darkish red eyes, and young features. She also has hair clips towards right side of her hair, flower-shaped ribbon on the same side of her hair, and a maid hairband. She looks nearly identical to her sister Rem apart from her hair, eyes, and ribbon coloring. She usually wears a maid uniform. She has a smaller chest compared to her sister, and she has slanted eyes.

Did you like the lewd Ram Cosplay Set by Alice Delish? Are there any other cosplayers as good as her? Let me know on Instagram @hardcore.cosplay or better yet, just drop a comment below!