Complete lewd Nami Cosplay Set By Little Jem featuring the popular One Piece anime character in a real life Bikini Cosplay. Little Jem is a cosplayer who has amassed more than 380,000 Instagram followers and had strong showings at numerous cosplay contests with characters like Arcade Riven from League of Legends and Link from The Legend of Zelda. She has worked for Nintendo, Riot Games and other entertainment companies.

Her real name is Jemima Puckett and she grew up in the U.K. and began making her own costumes in 2015. She posts time-lapse costume creations and other glimpses into her life as a cosplayer on her YouTube channel, Littlejem.

Little Jem has her own Patreon account where she releases sexy lewd cosplays for her growing fanbase.

Little Jem will be featuring more popular character cosplays and Hardcore Cosplay will be sure to feature them as they are released. 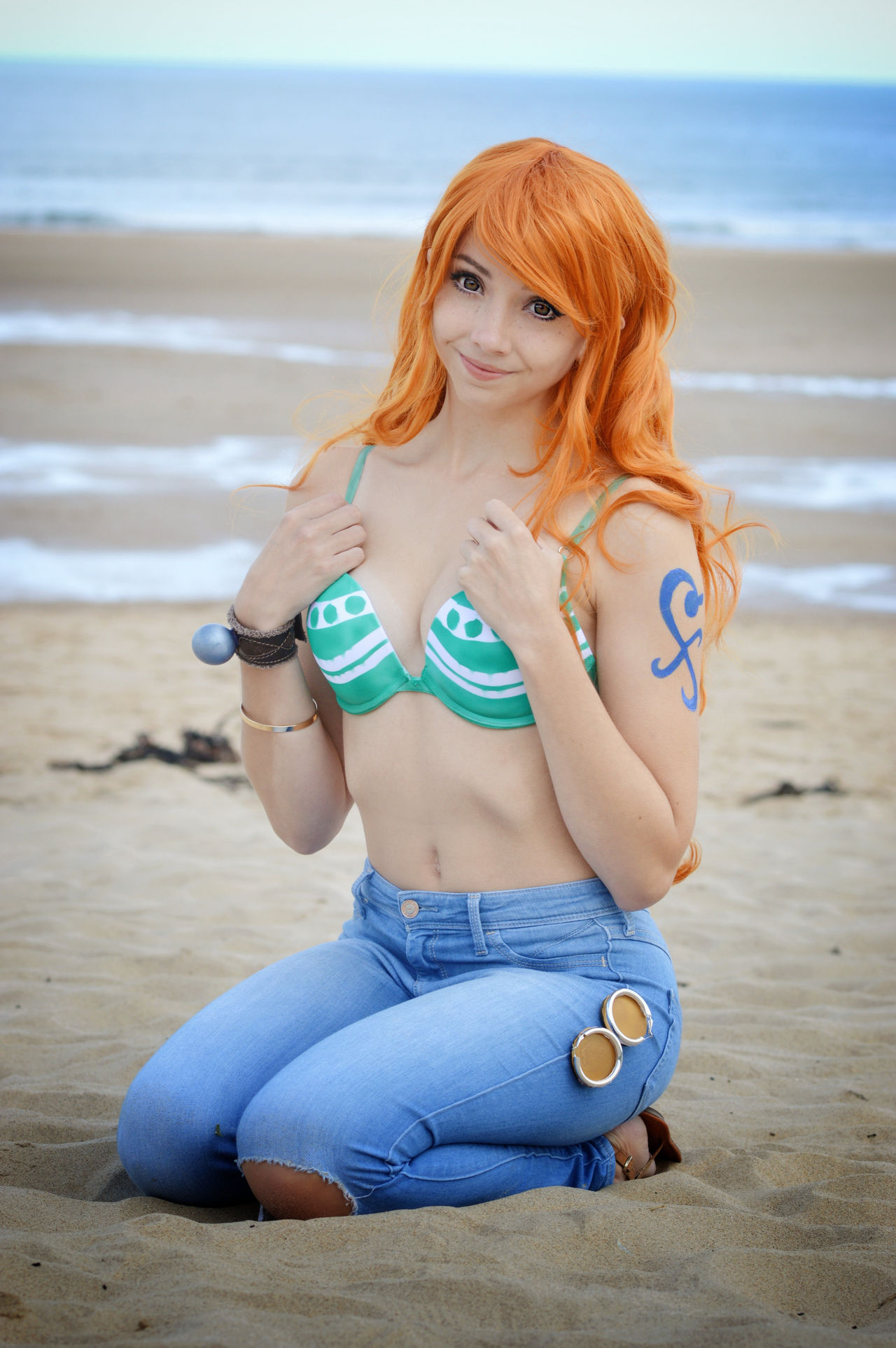 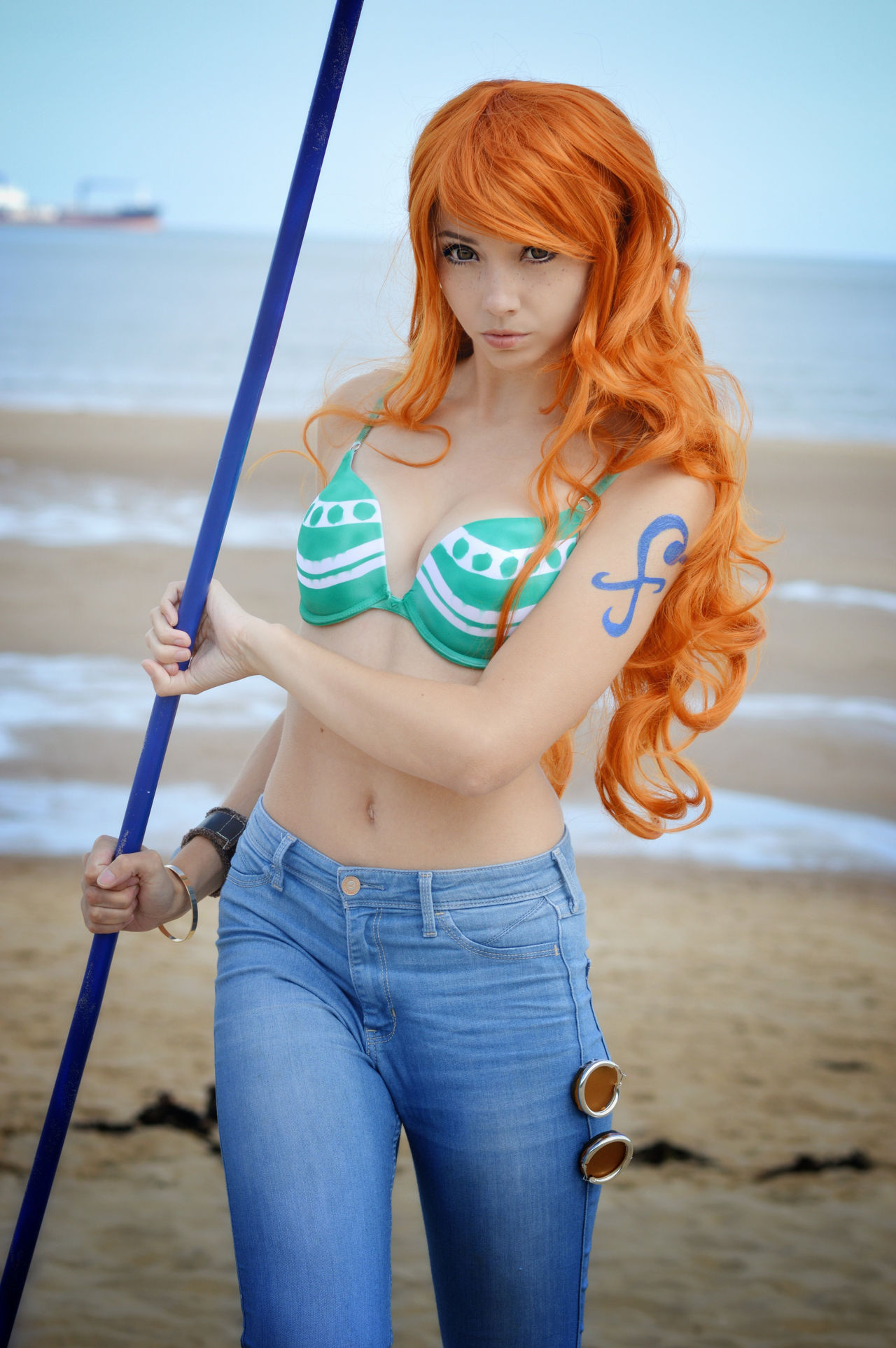 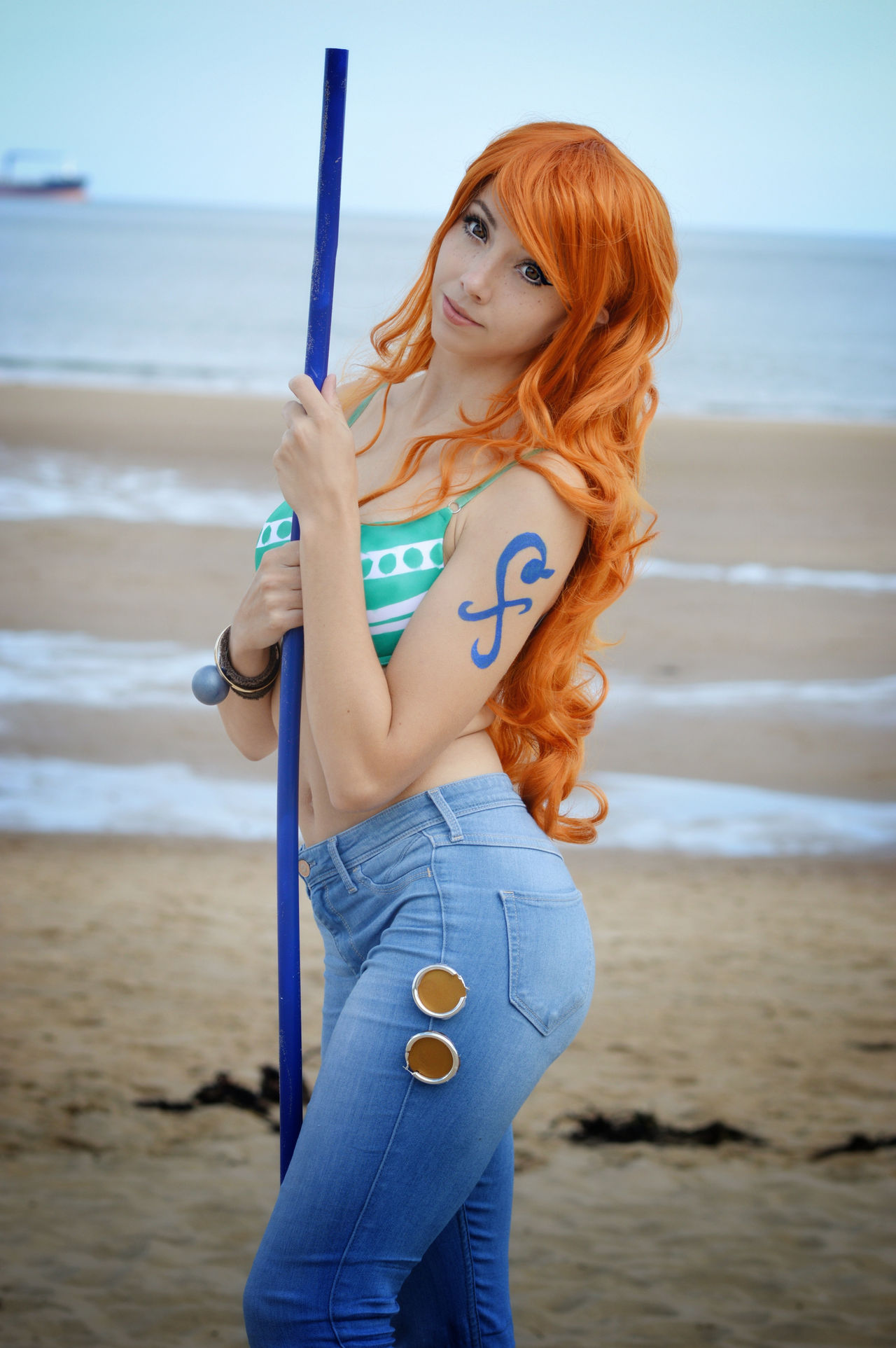 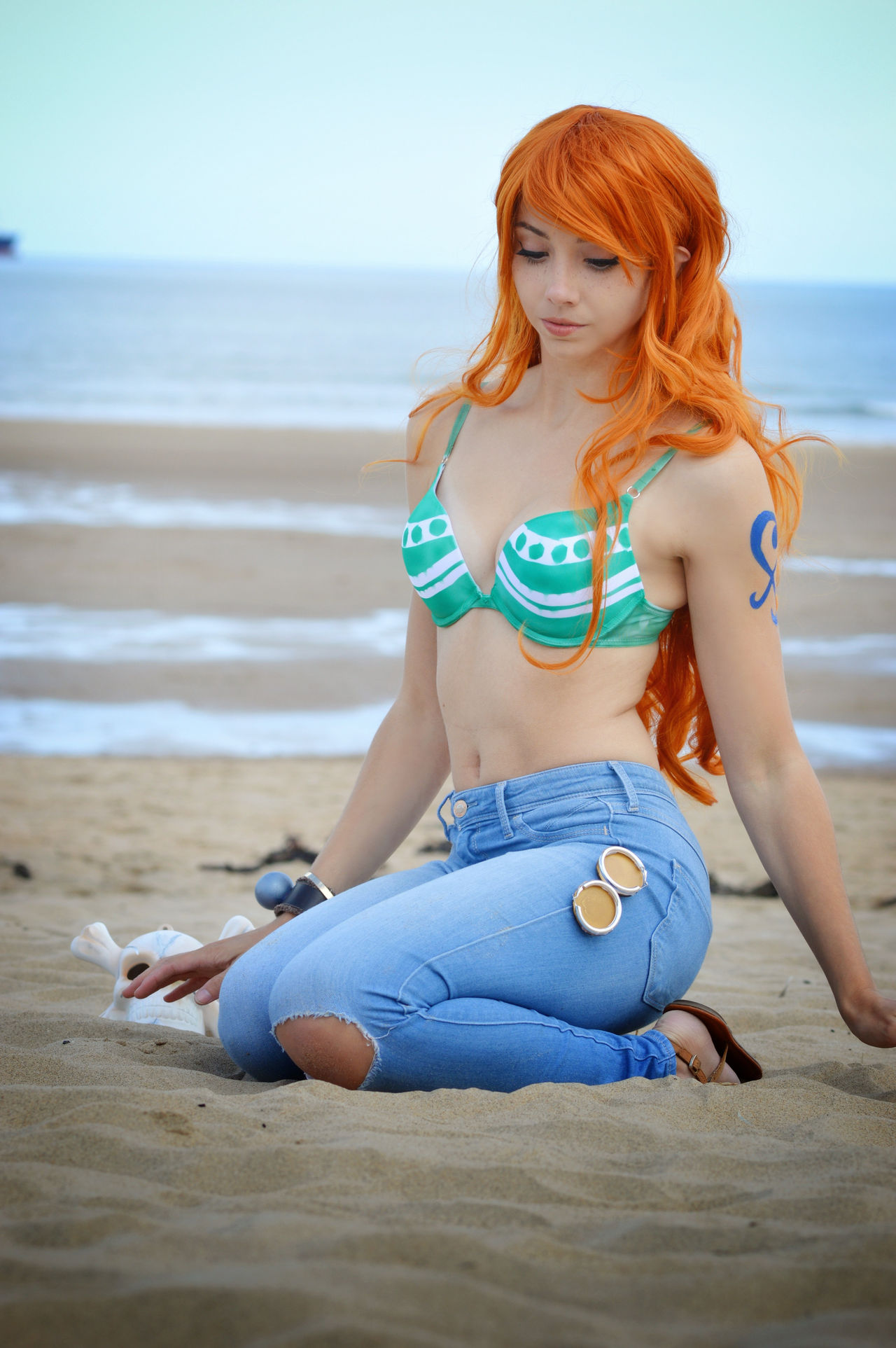 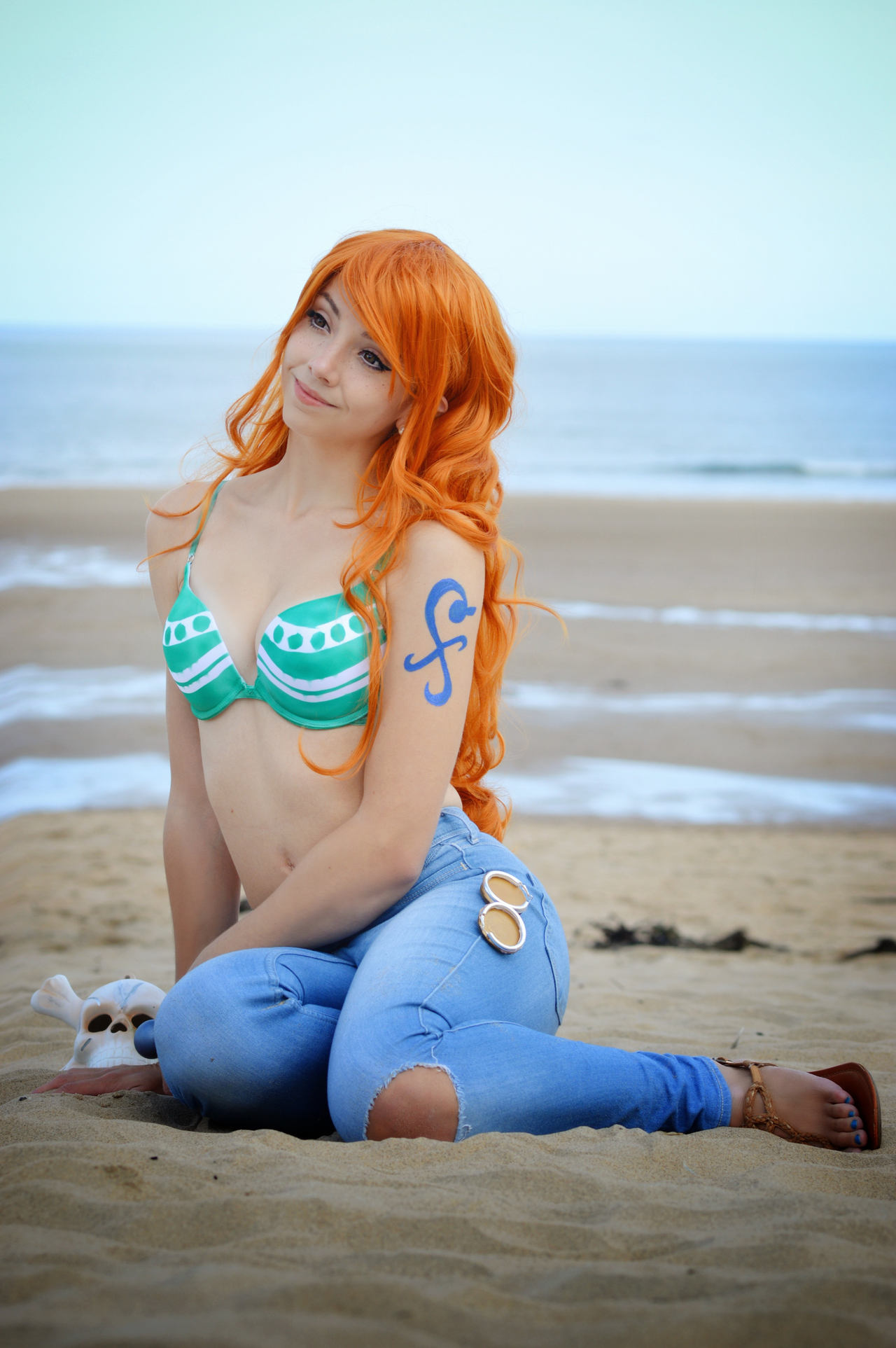 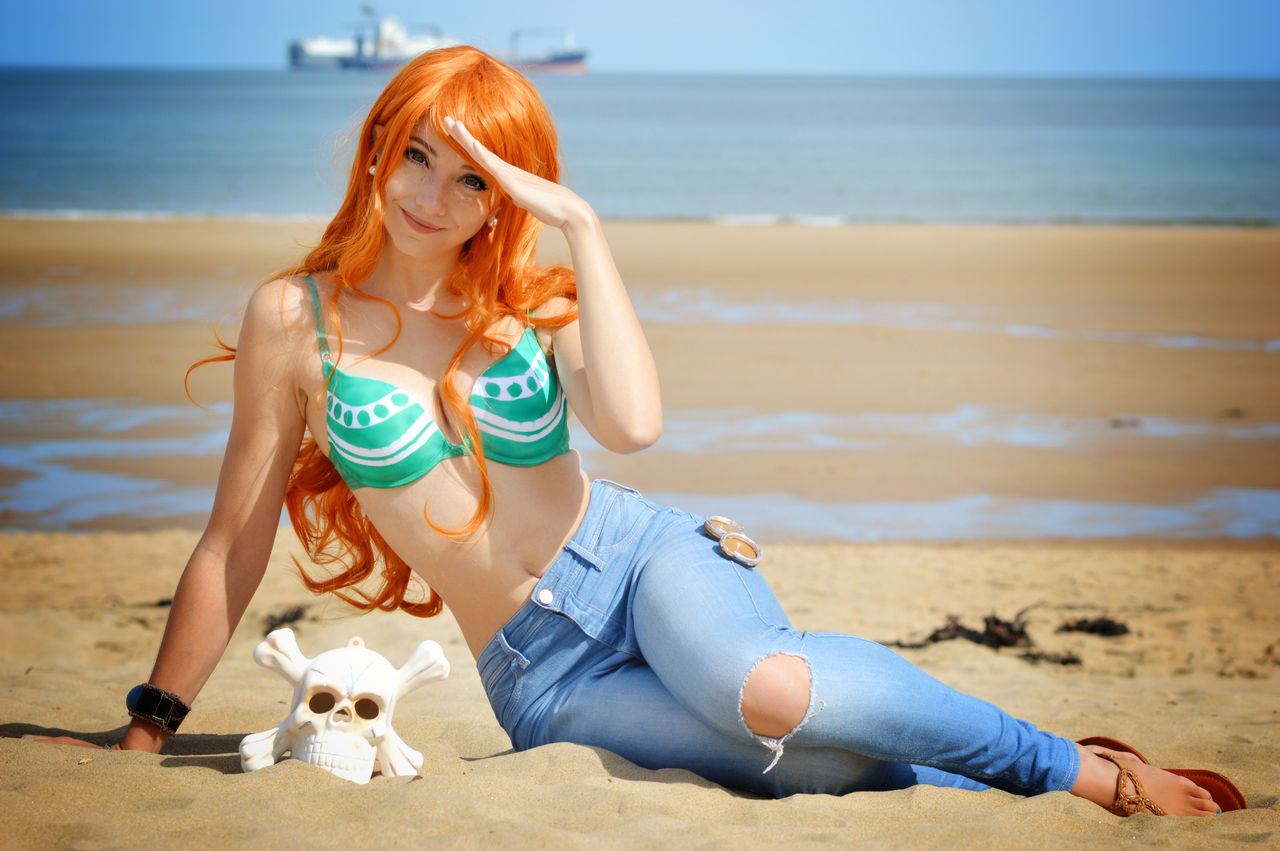 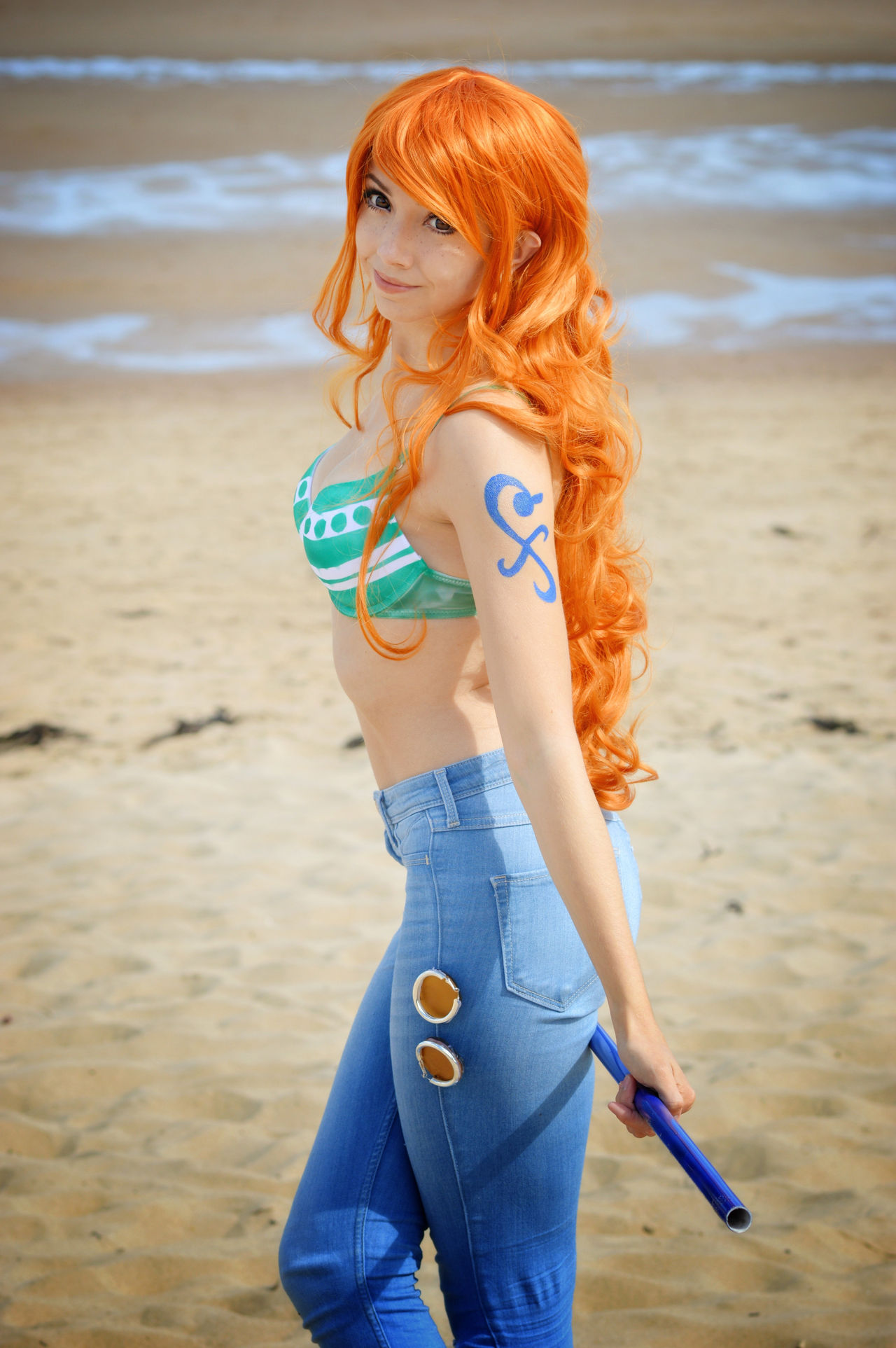 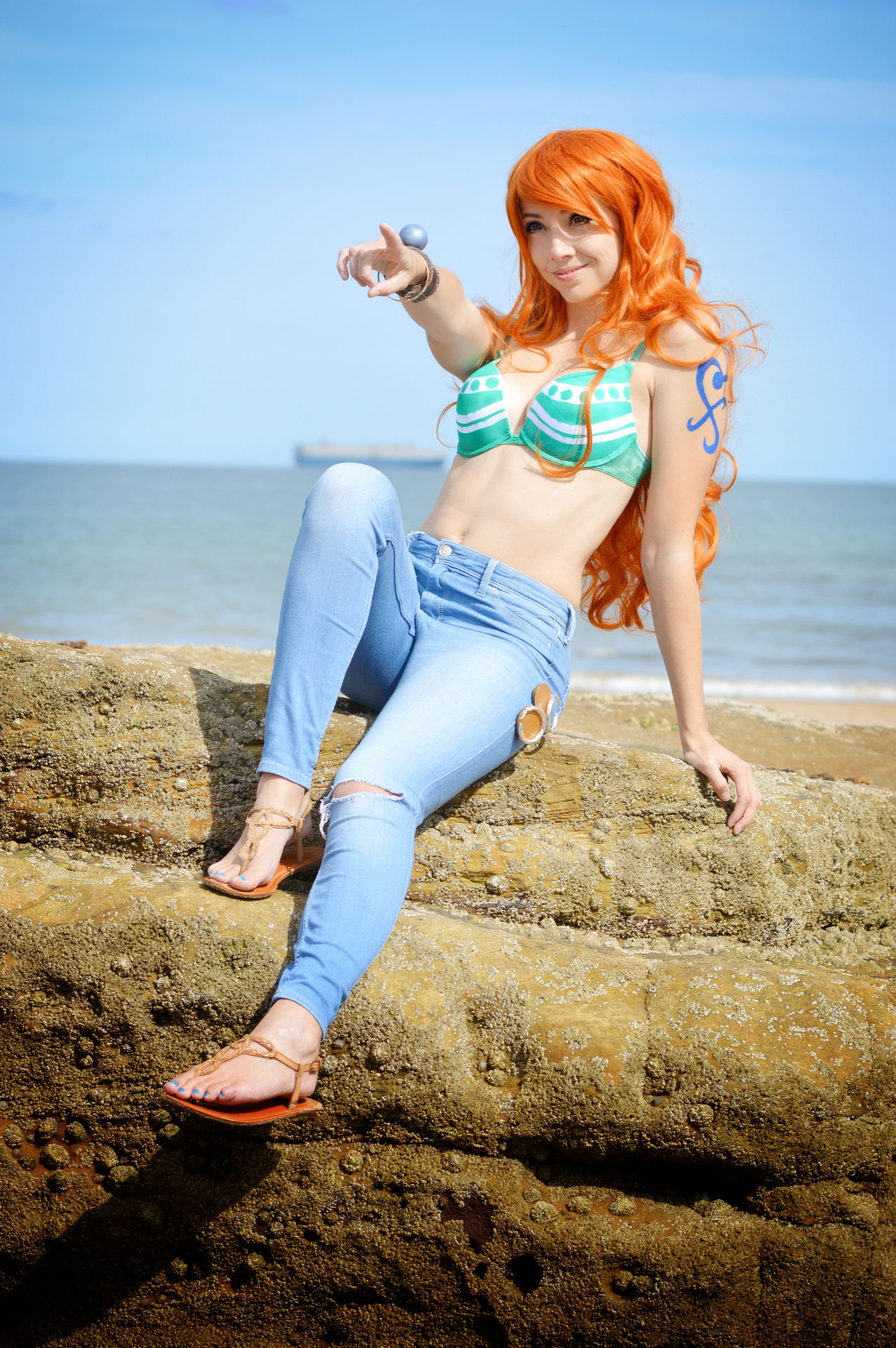 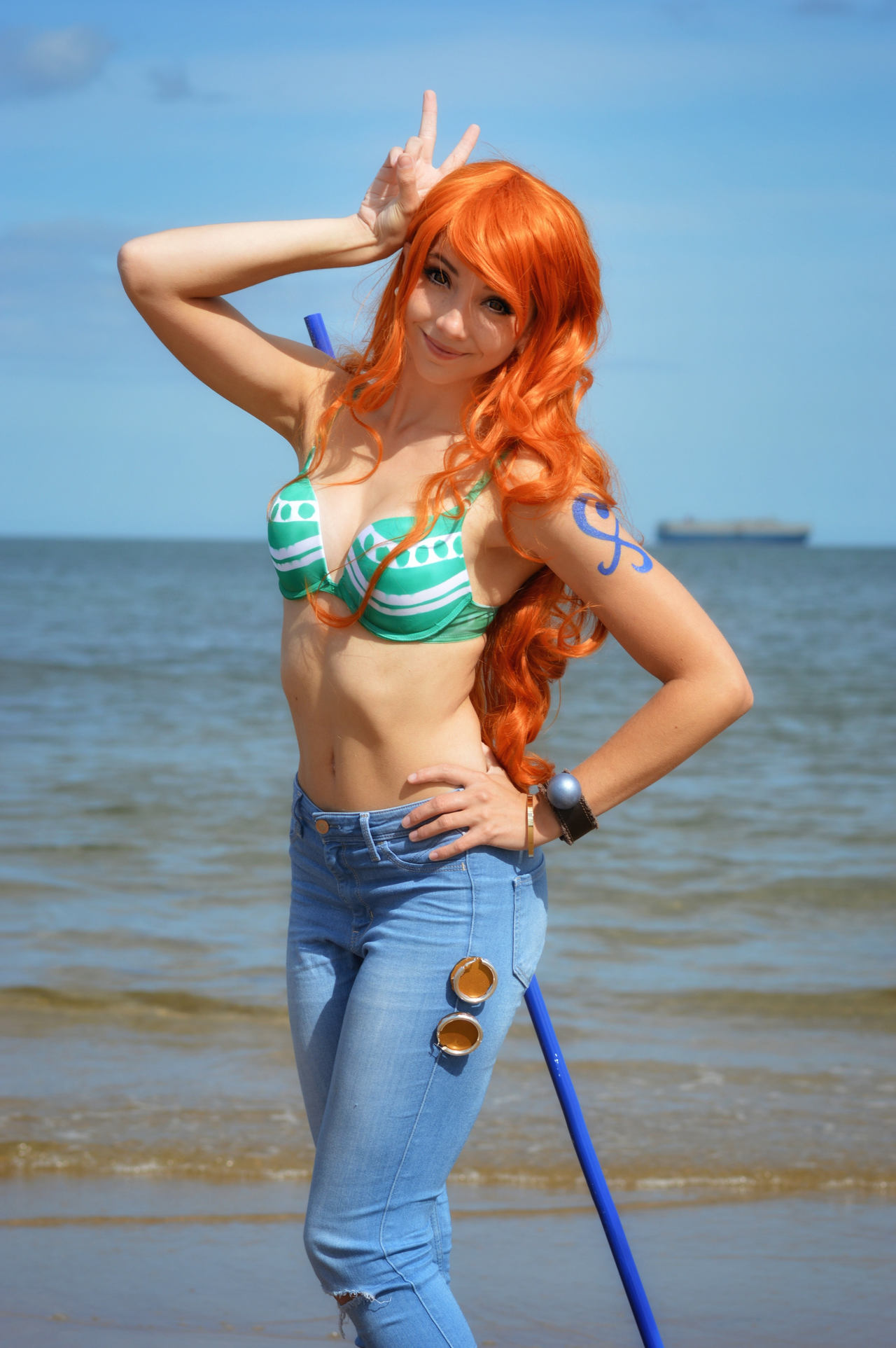 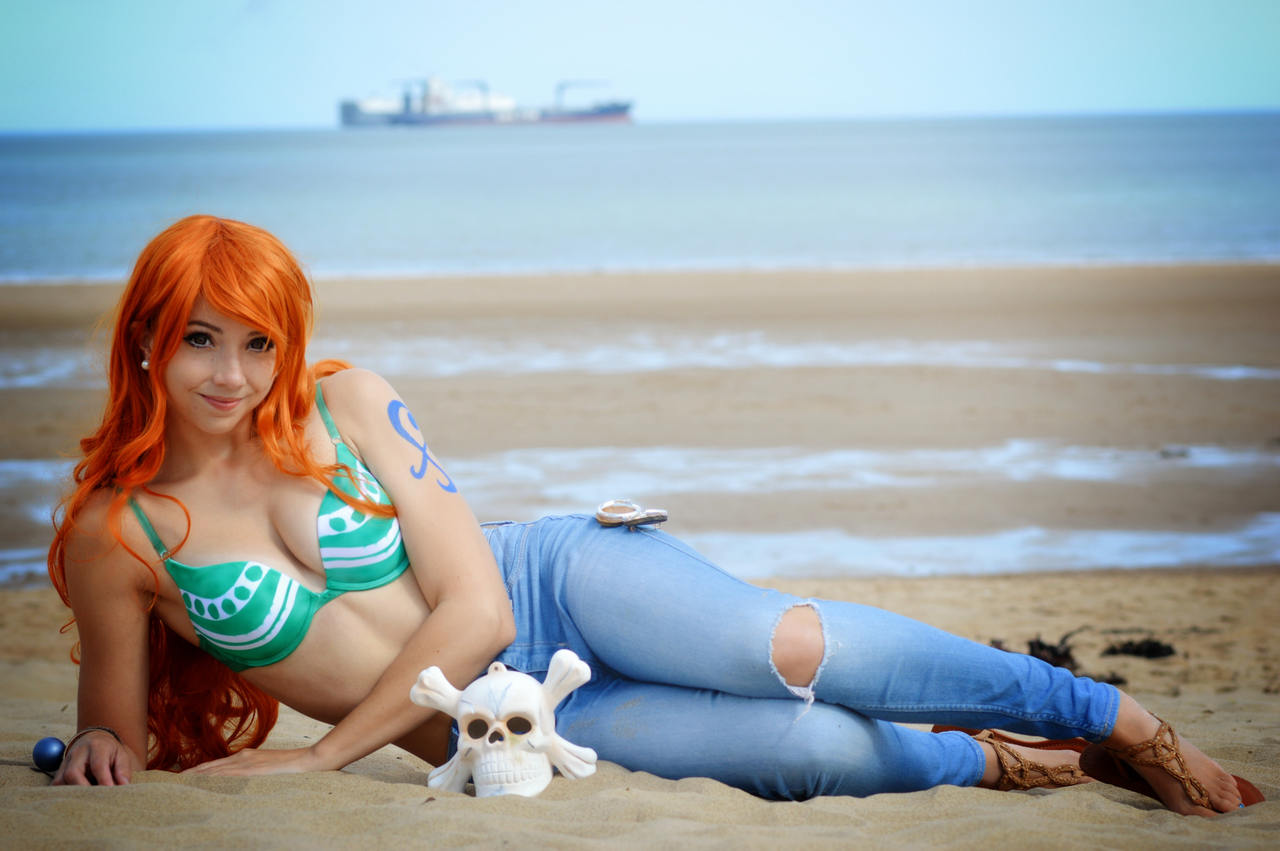 The eighteen/twenty-year-old navigator of the Straw Hat Pirates, and the second of Monkey D. Luffy’s recruits. Nami was initially introduced as a thief who detested pirates and stole from them, tagging along with Luffy with dubious loyalty to him. However, it is revealed that her surrogate home, the Conomi Archipelago, was occupied by the Arlong Pirates and she only wished to buy her home back. When Luffy freed the archipelago from Arlong’s grip, she fully joined the Straw Hats afterward.

Nami is an exceptional navigator, able to read the weather with perfect accuracy then give instructions to pilot the ship through any storm, and is responsible for showing the way to the next island. Although Nami isn’t strong like her crewmates, she uses a weapon called the Clima-Tact, later upgraded to the Perfect Clima-Tact and currently the Sorcery Clima-Tact to manipulate the weather on a small scale, giving her a great range of tricks and attacks. Her thievery skills are also quite useful from time to time: as the crew’s priorities lie more on seeking adventure than actual piracy, she also takes on the role of ship’s purser, ensuring that they have enough money to purchase food and supplies for their voyages.

Did you like the lewd Nami Cosplay Set by Little Jem? Are there any other cosplayers as good as her? Let me know on Instagram @hardcore.cosplay or better yet, just drop a comment below!