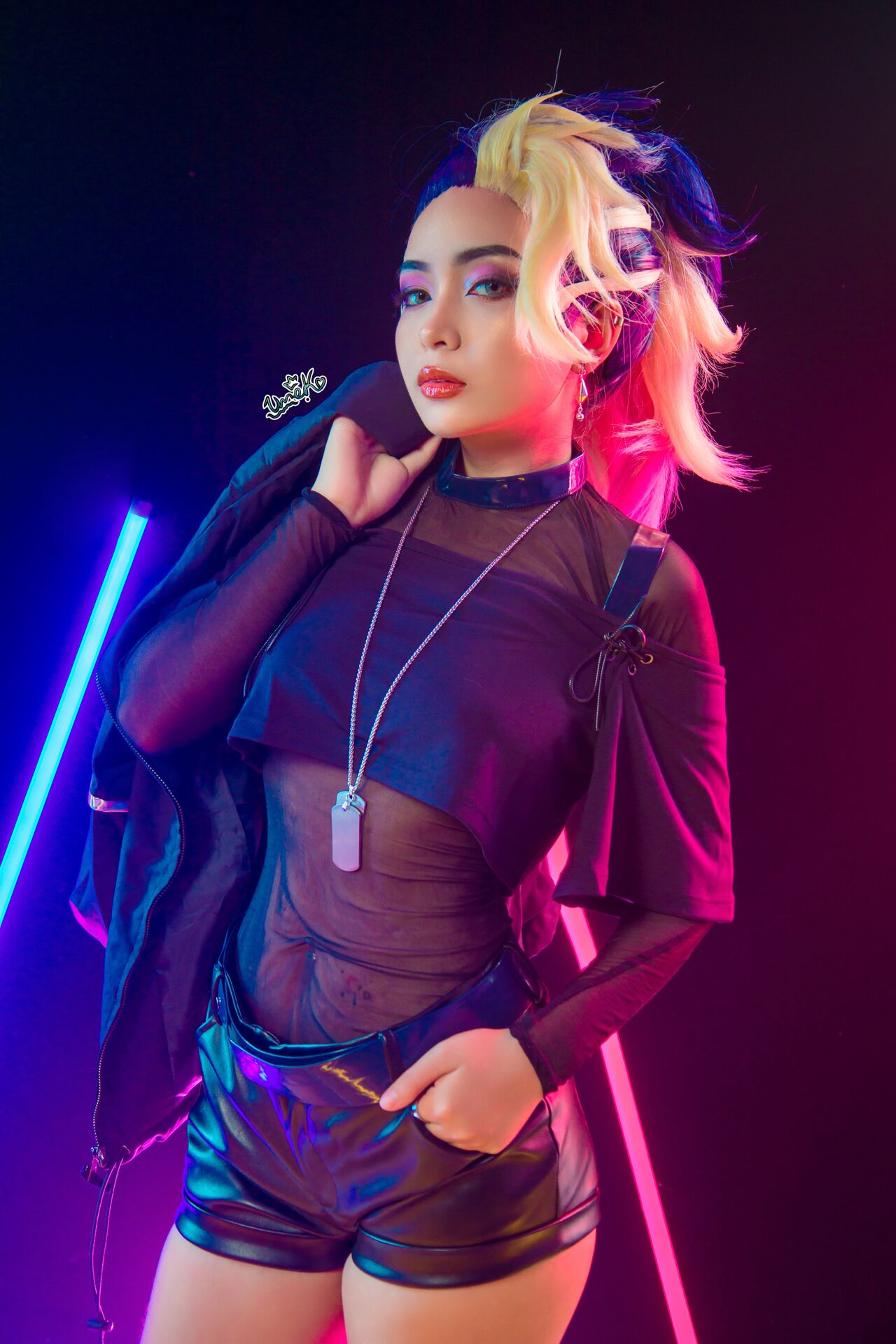 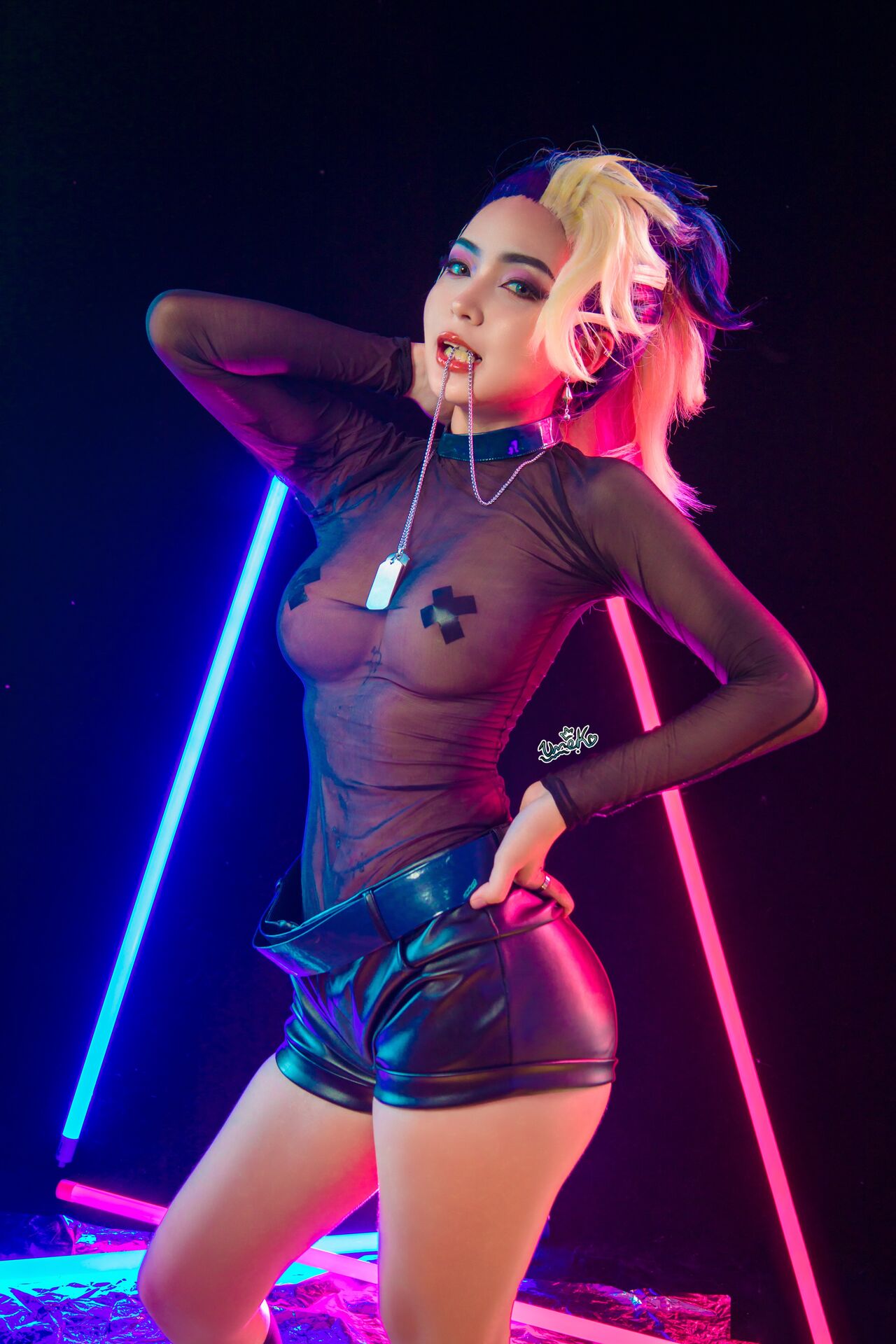 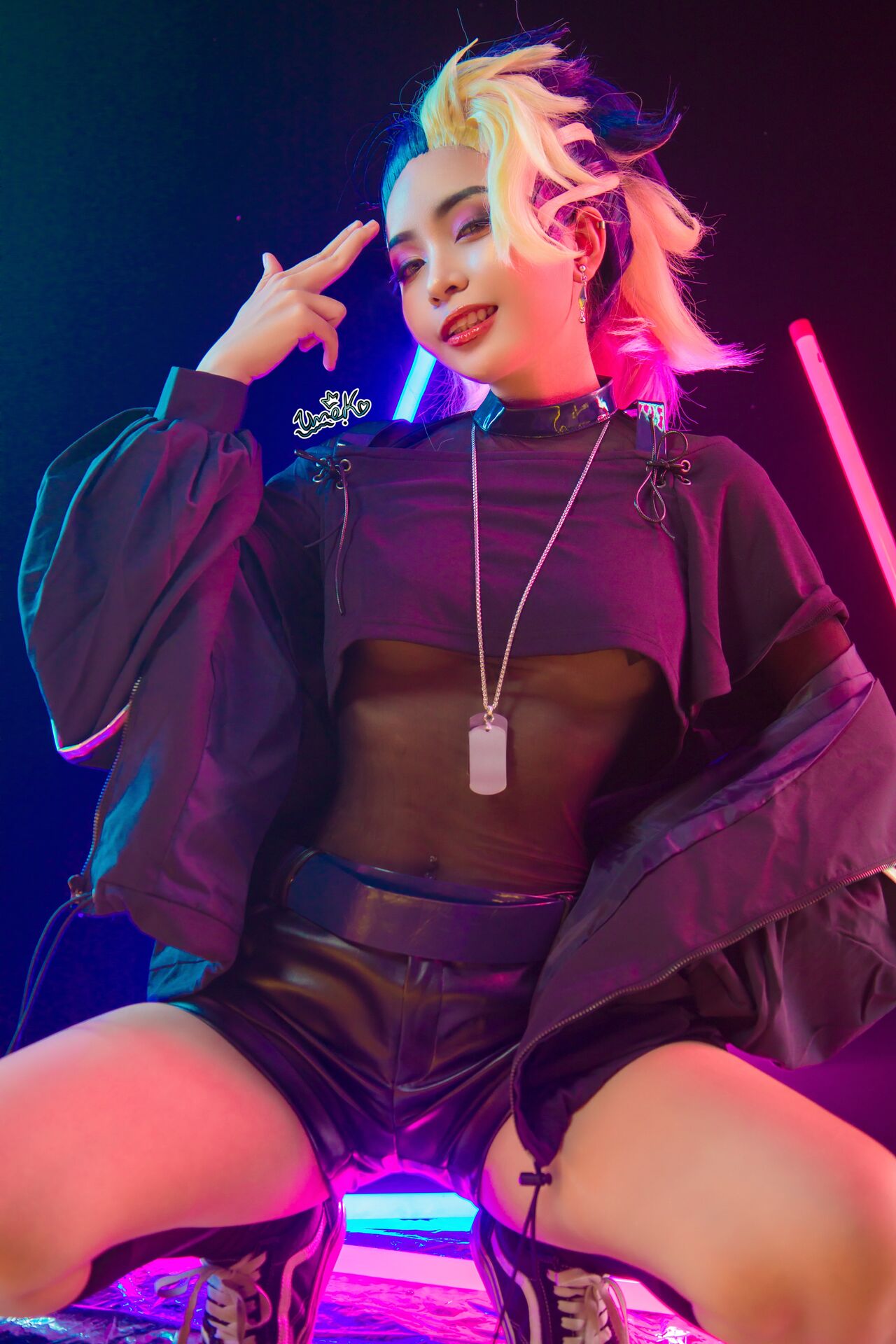 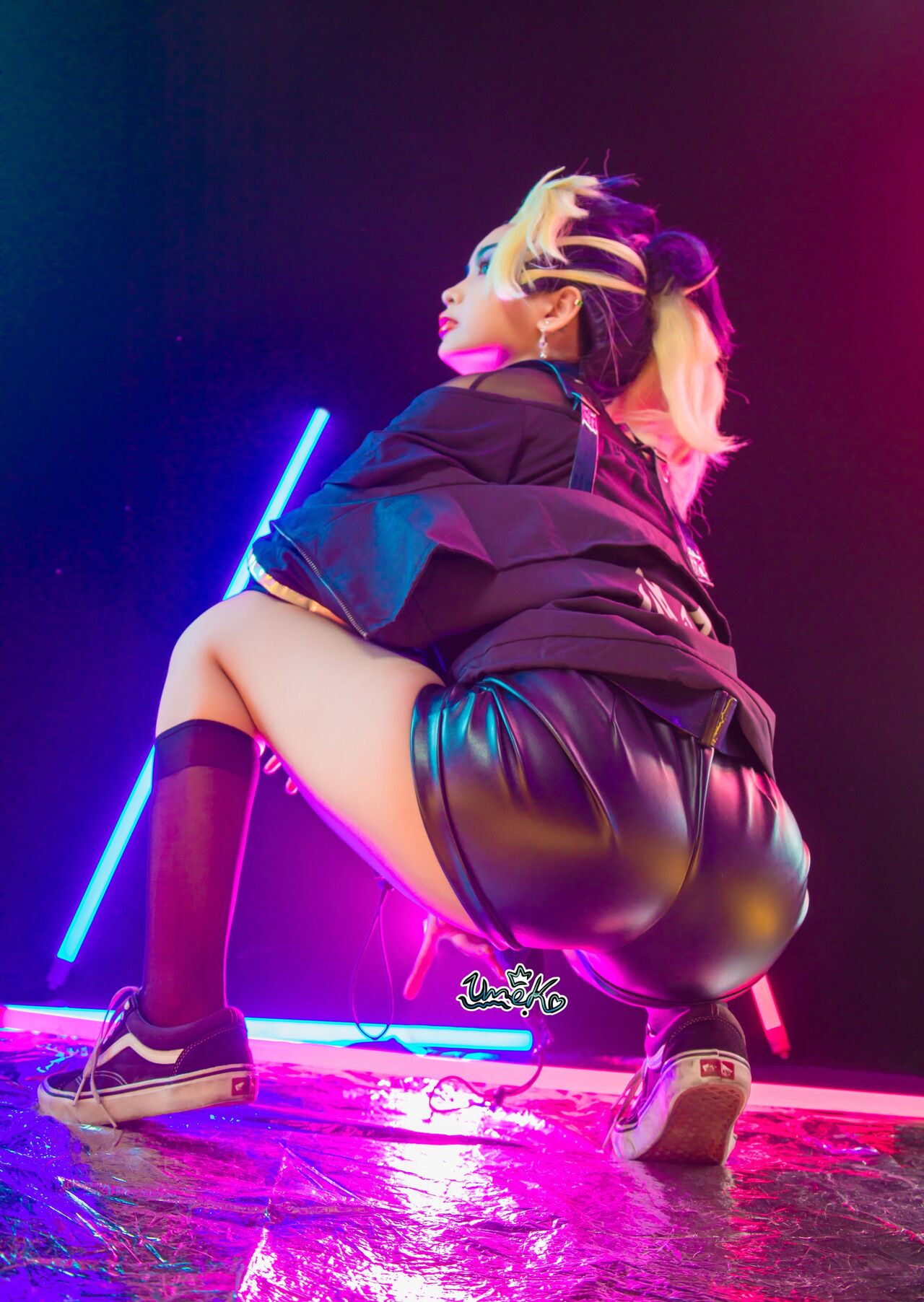 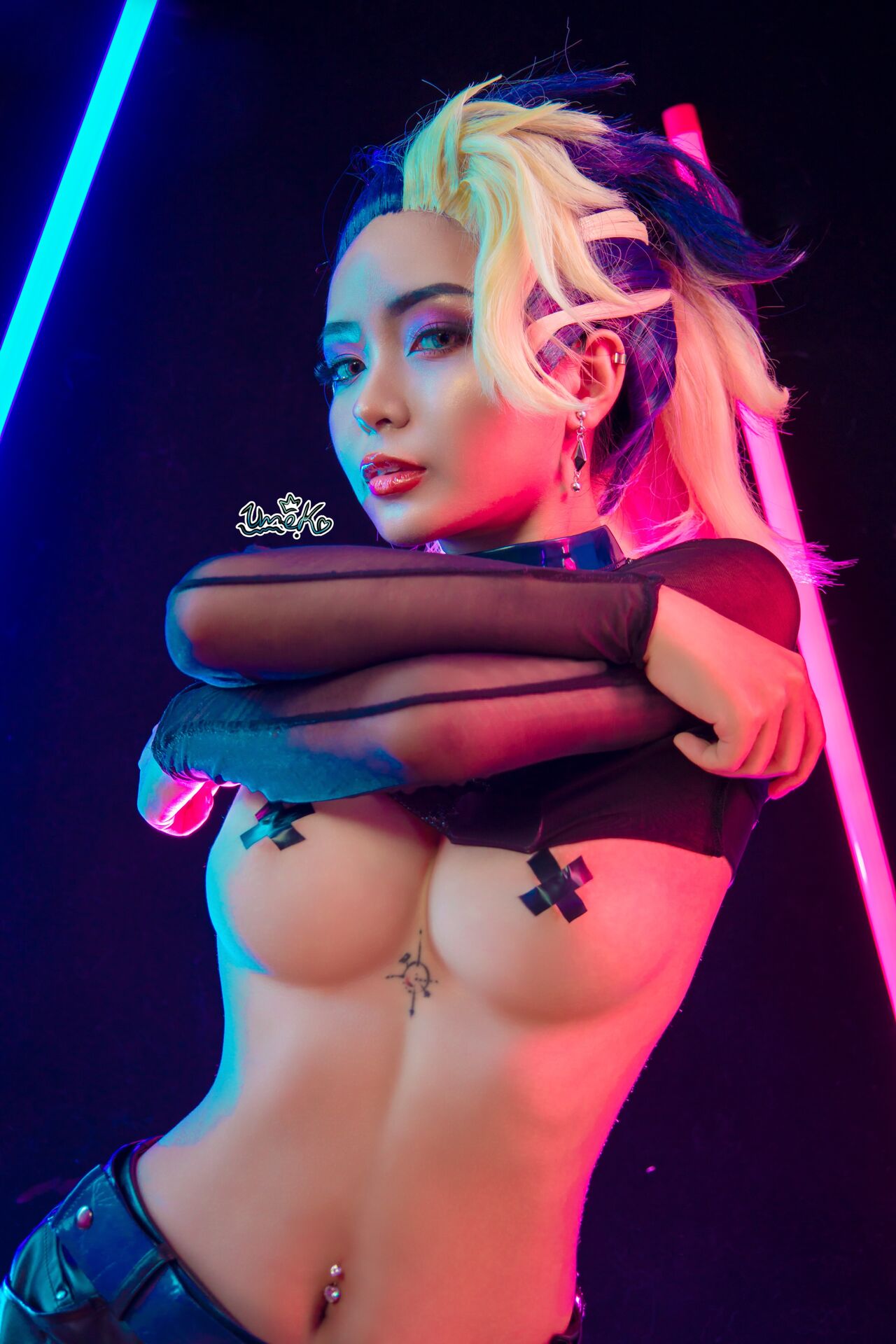 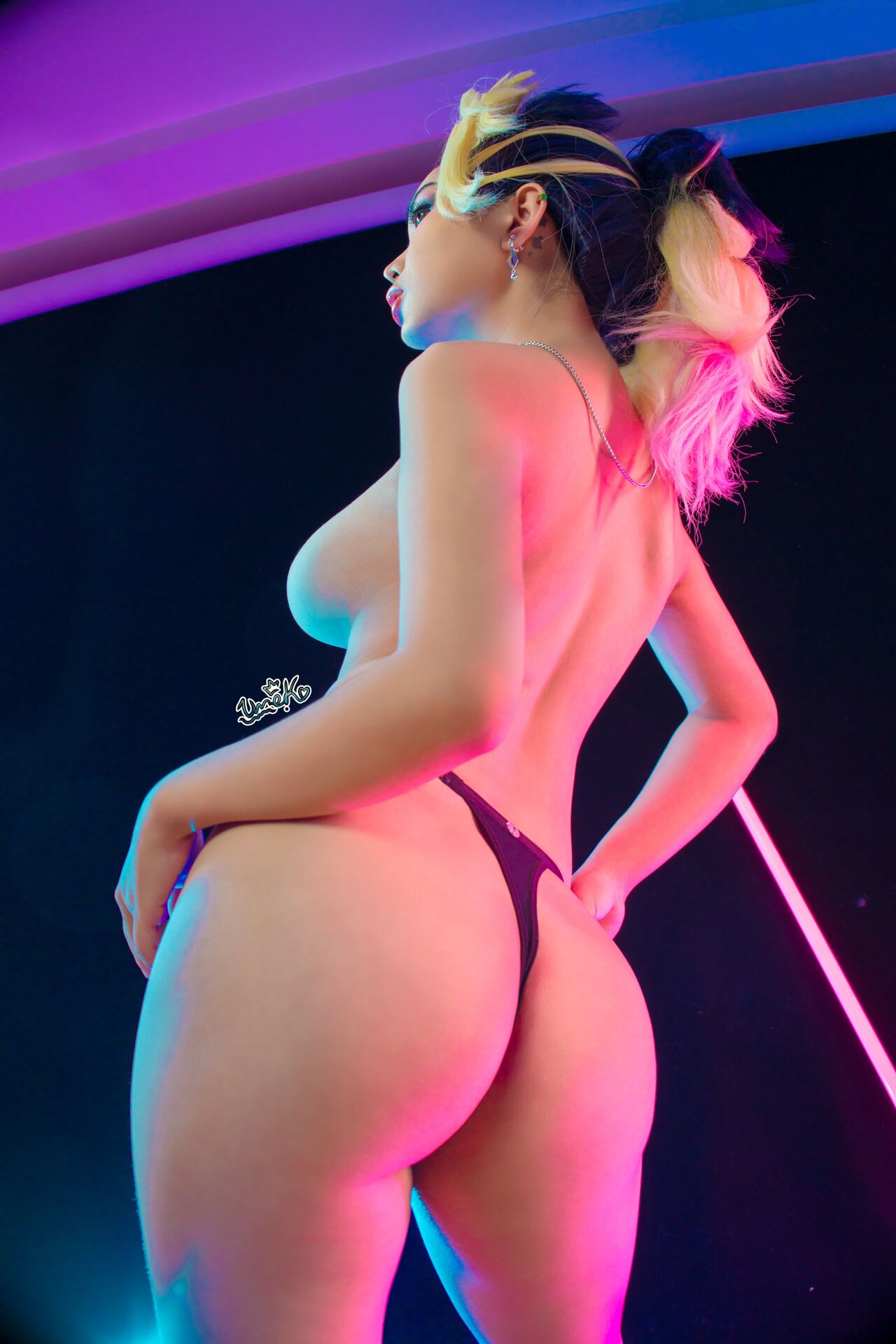 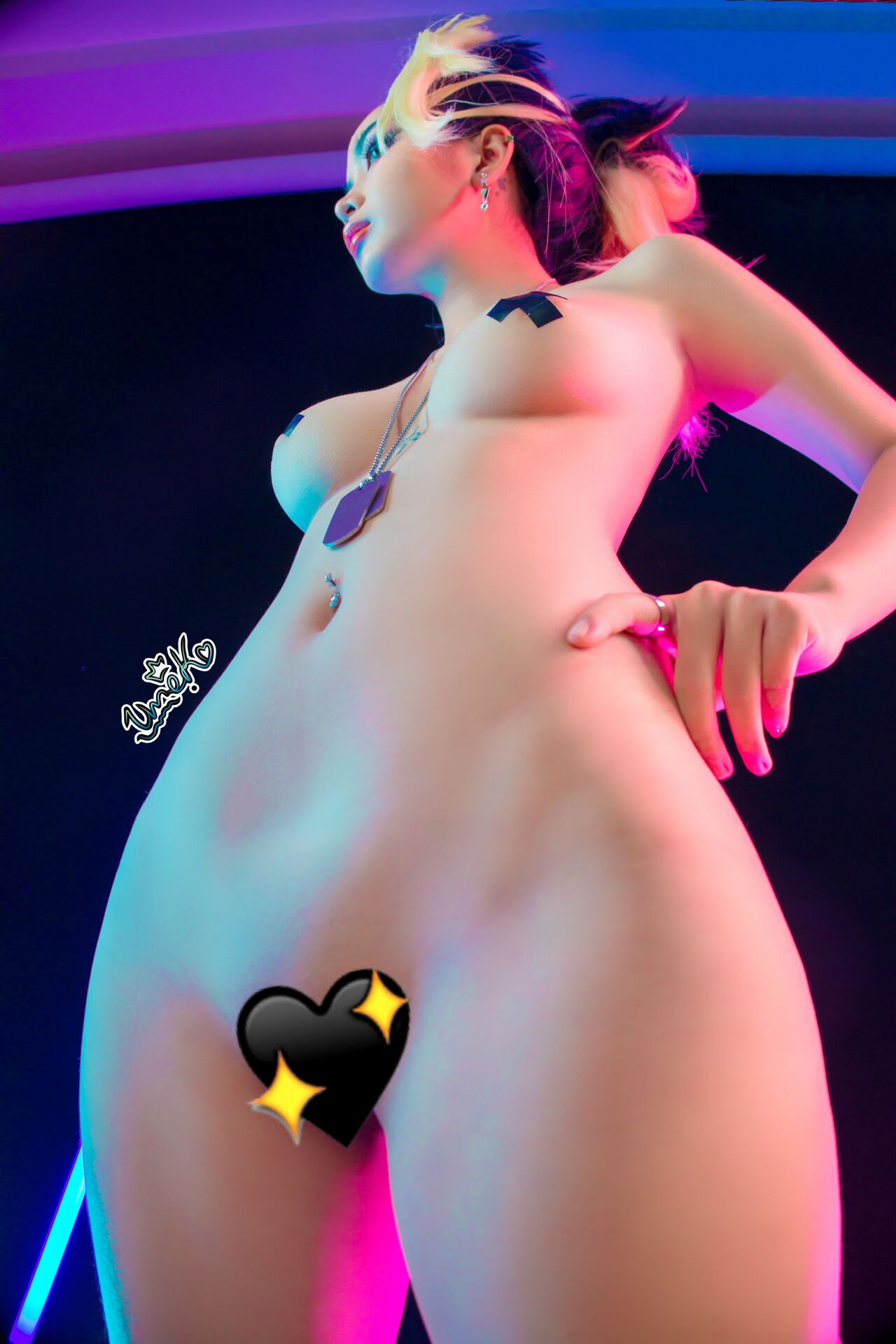 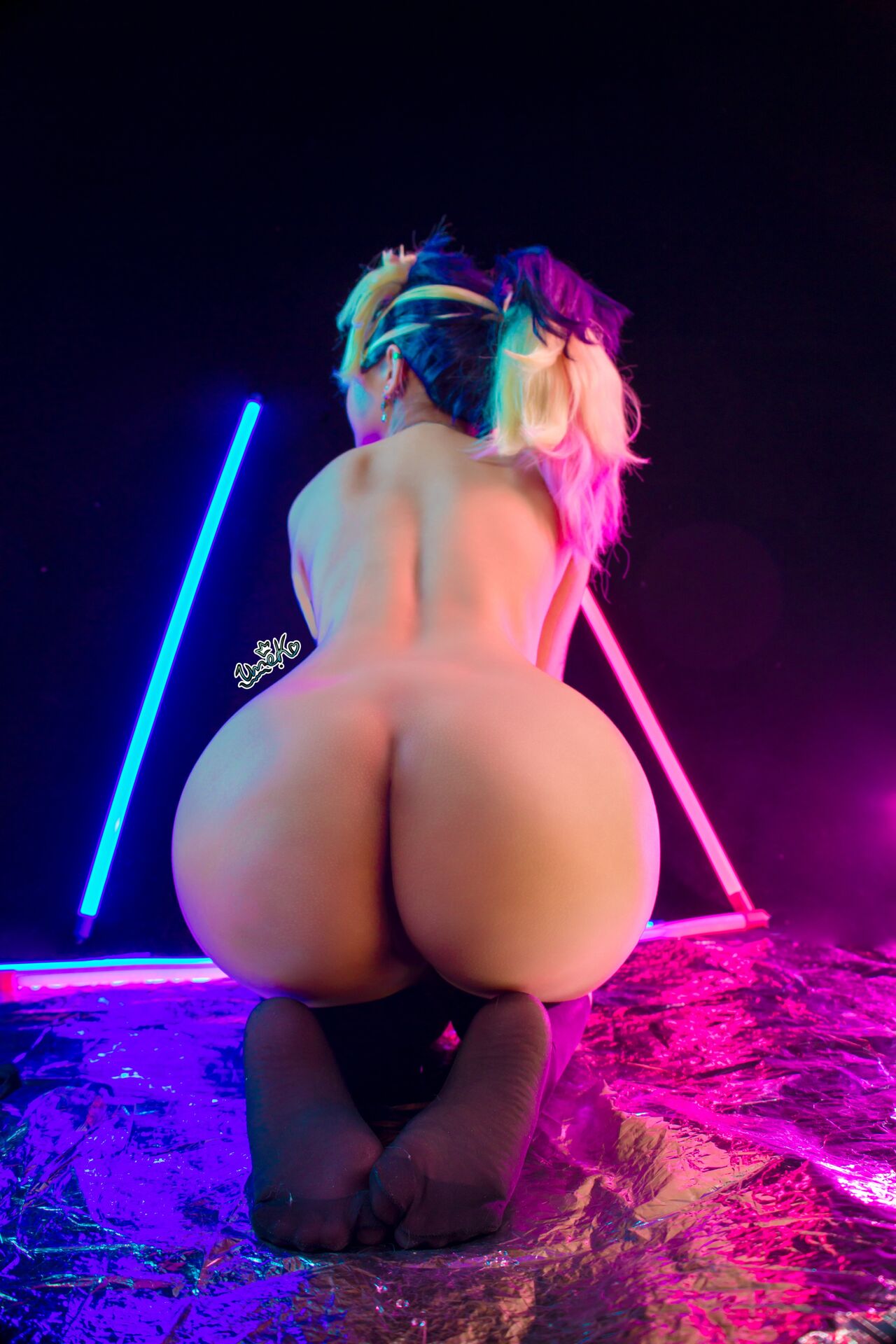 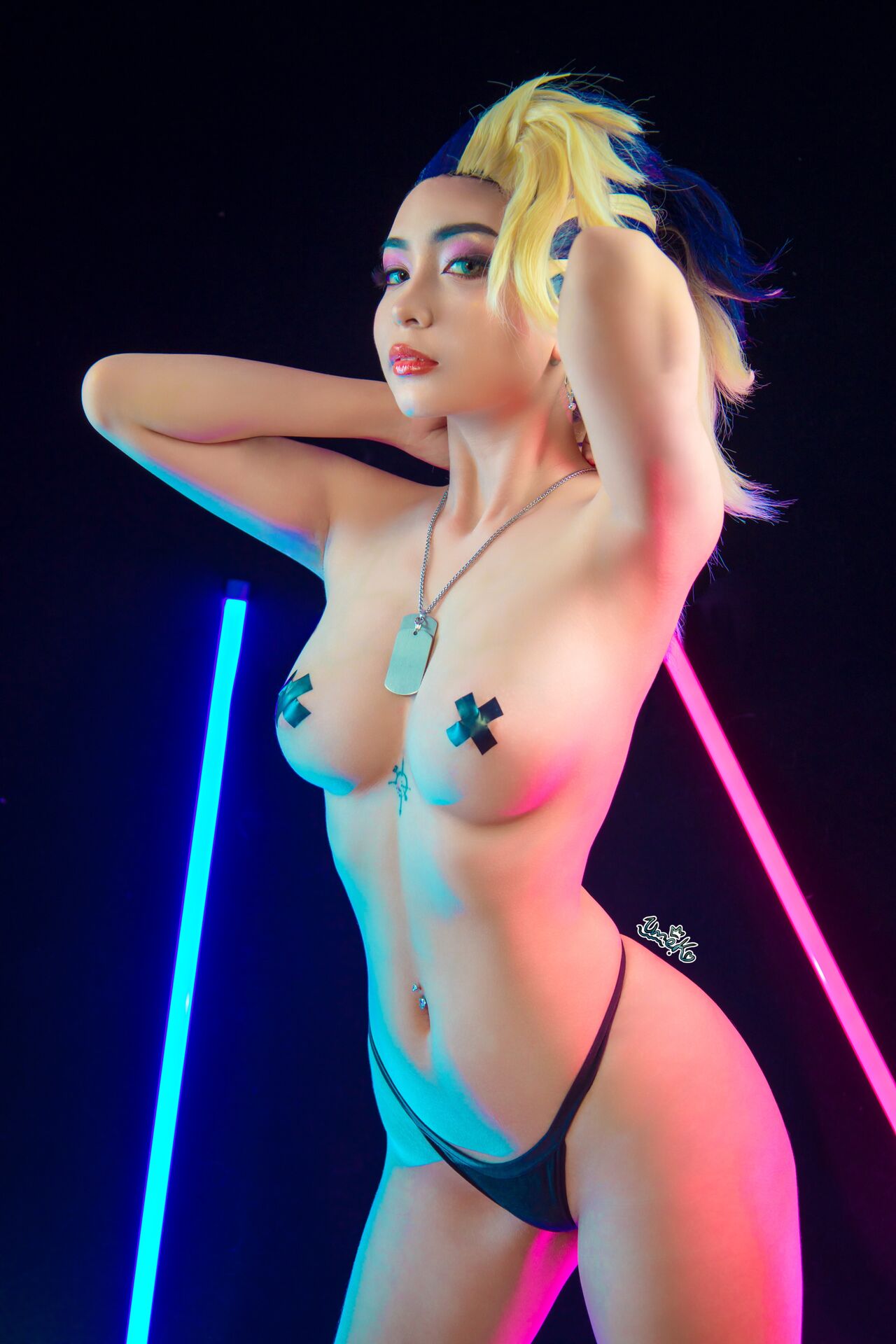 Abandoning the Kinkou Order and her title of the Fist of Shadow, Akali now strikes alone, ready to be the deadly weapon her people need. Though she holds onto all she learned from her master Shen, she has pledged to defend Ionia from its enemies, one kill at a time. Akali may strike in silence, but her message will be heard loud and clear: fear the assassin with no master.

Akali (voiced by Laura Bailey and Krizia Bajos, singing voice provided by Soyeon) is a Ninja assassin character usually played in either the mid lane or top lane. In lore, Akali hails from Ionia formerly as a part of the Kinkoku Order under its grandmaster Shen. After witnessing the atrocities committed by Noxus and the Kinkoku’s restrained response to the invasion of Ionia led to her abandoning the Order to defend her homeland in a direct fashion, becoming a rogue ninja. In game, her abilities involve creating clouds of smoke to become invisible, as well as throwing shurikens at opponents while hitting them with a kama and kunai. She is very mobile with abilities that allow her to dash rapidly and execute enemies with her ultimate.

In K/DA, Akali is the main rapper of the group. Soyeon said she tried to “feel like Akali and move as if I were Akali” during the motion capture for “Pop/Stars”. Akali is also a member of True Damage, another virtual group formed by League of Legends characters. Soyeon also played the game on two separate occasions; first alone on a livestream, and then a few months later with Miyeon at Riot Headquarters in 2020 as their represented characters and skins (Soyeon as K/DA Akali, Miyeon as K/DA Ahri).

Did you like the lewd Akali Set by Umeko J? Are there any other cosplayers that should be on here? Let me know on Instagram @hardcore.cosplay or better yet, just drop a comment below!